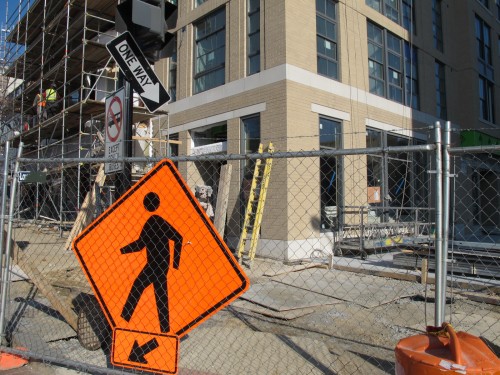 Back in March 2012 we confirmed some scuttlebutt that a Greek restaurant from Chef Mike Isabella (chef/owner of Graffiato and Bandalero) was coming to the new development at 14th and W St, NW:

Chef Isabella will draw inspiration from Northern Greece to create a menu of spreads, breads, phyllo pies, vegetables and other small plates, including his signature wood-grilled octopus. Dinner will culminate with the choice of carvings from whole animals that have been spit-roasted all day, including lamb, goat, duck, chicken, and suckling pig.

Two wood-fire grills with five rotating spits each and a small wood oven for flat breads will service the 150-seat restaurant. A marble chef’s table situated in front of the spits will offer up to 10 guests an the opportunity to pre-order a whole spit-roasted animal for their party. Kapnos will be open for dinner seven nights a week and weekend brunch. The wine list will offer an extensive selection from Greece and other European countries.

Chef Isabella has named George Pagonis chef de cuisine and his brother, Nicholas Pagonis general manager. Nicholas is currently a manager at Graffiato and George formerly worked under Chef Isabella as a sous chef at Zaytinya. The brothers are first generation Greek American. Taha Ismail, who currently oversees the cocktail program at Graffiato, will also serve as head mixologist for Kapnos.

Glad to see the project is moving forward. The liquor license application says: 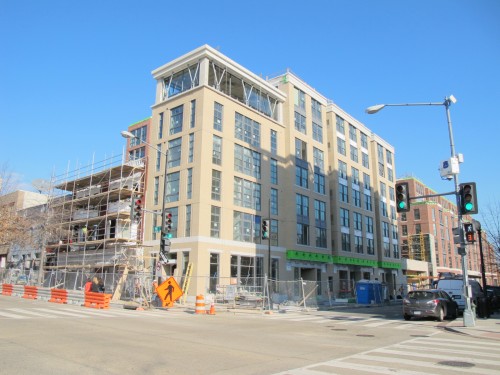 “Dear PoPville, Anyone know whose enormous boat was docked at The Wharf Sunday? Thanks!”