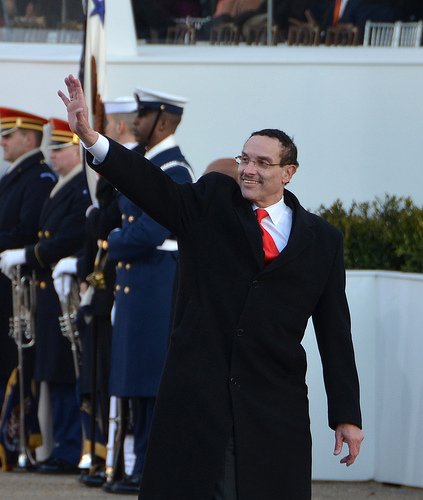 Earlier today I was pleased to announce that the District ended Fiscal Year 2012 with a healthy budget surplus of $417 million. This news is compelling evidence that the District’s finances are among the strongest of any jurisdiction in the nation. The District’s increasingly strong financial outlook, coupled with impressive job growth and a falling unemployment rate, is affirmation that our economic development strategies are working. With 55 construction cranes dotting our skyline, I can truly say that the amount of development in the District right now is unprecedented.

As we start the new year, I also wanted to take a moment to share with you the results of my administration at the end of 2012, my second year in office. As you will note, we’ve made tremendous progress in a short amount of time. On our watch:

· The District’s economy is booming, with more than 28,000 private sector jobs created over the past two years and the unemployment rate falling by nearly three percentage points;

· The District has hit a 50-year low in homicides – with the numbers dropping dramatically each of the last two years and nearly twenty times faster than the national average;

· The District is growing rapidly – adding more than 1,100 people a month – and is now more populous than both Vermont and Wyoming. The District has not had this mean residents since the 1970s;

· Public education enrollment is now at nearly 81,000 students and is growing at a rate not seen in 45 years as families return to the city and to public education; and

· Fiscal responsibility has been restored – the District now spends only what it takes in and the practice of raiding the District’s reserves to balance the budget has been eliminated. In addition, the city’s long-term fiscal health has again been protected by growing our critical rainy-day fund back to $1.5 billion.

I’ve attached a copy of my administration’s Report on Year Two and you can also read it online here.

The District’s increasing economic strength is strong evidence that our city has fully emerged from the country’s worst economic crisis in our lifetime more vibrant and stronger than before. It also means we have an opportunity to make several key strategic investments in affordable housing, our workforce, and public safety for which previously we did not have the necessary funds. I invite you to join me at my 2013 State of the District Address next Tuesday, February 5th at 7:00 PM at the Historic Sixth and I Synagogue where I will outline my plan to make these critical investments.