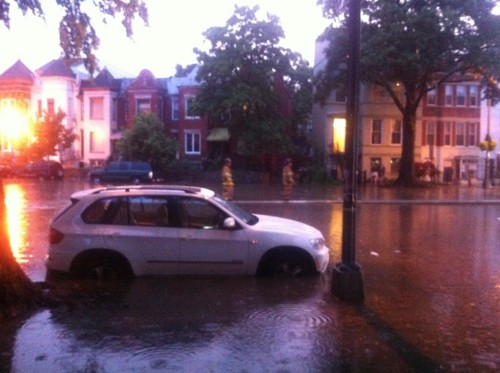 The Mayor’s Task Force on the Prevention of Flooding in Bloomingdale and LeDroit Park has issued its final report, announced City Administrator Allen Y. Lew, who co-chaired the task force with DC Water General Manager George Hawkins. The report is available online at www.oca.dc.gov.

“Completion of this vitally important analysis of the causes and possible solutions to the flooding in the Bloomingdale and LeDroit Park neighborhoods is yet another indication of how seriously my administration took this problem,” said Mayor Vincent C. Gray. “Flooding has been a problem here for several decades. City Administrator Lew, Mr. Hawkins and the community worked together brilliantly to identify solutions – many  of which have already been implemented – and after only a few months, we are on our way to resolving one of our most pressing infrastructure needs.”

Mayor Gray established the task force in late August and in December announced that the District and DC Water would immediately proceed with the most significant Task Force infrastructure recommendation. The $600 million Northeast Boundary Neighborhood Protection Project will be completed in three phases, with the first portion being the construction of two new water storage tanks at the McMillan site to hold a total of up to 6 million gallons of stormwater. Flow will be diverted from feeder sewers adjacent to the McMillan site, capturing stormwater before it arrives in Bloomingdale and LeDroit Park and reaches the sewer system. This will help reduce the excessive pressure that currently causes sewer backups and overland flooding during heavy rainstorms.

“The Flooding Task Force Report is a shining example of how citizens and government working together can solve long-standing problems,” said Lew. “While the Task Force has completed its work, the District and DC Water are just beginning. We will continue to work with the community as we implement the various recommendations.”