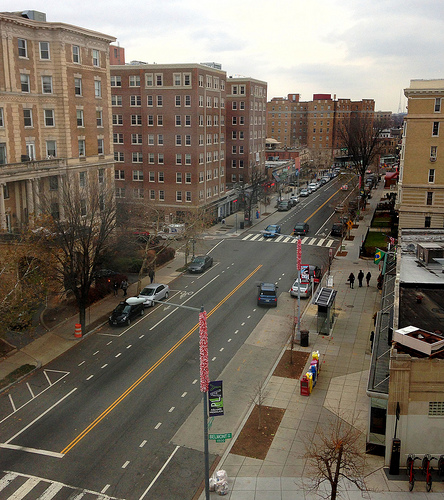 Mayor Vincent C. Gray today welcomed the latest estimates from the U.S. Census Bureau showing that the District’s population continued its rapid growth between July 2011 and July 2012, adding 13,303 residents and keeping us among the list of fastest-growing states in the Union.

This means D.C.’s total population now stands at 632,323 – a figure not seen since the early 1980s. The District grew by 2.1 percent over the year, or by an average of 1,109 new residents a month. This exceeds even the average increase of 1,085 new residents per month the District experienced in the 15 months between April 1, 2010 (when the 2010 Census count closed) and July 1, 2011 – the last period for which the Census Bureau offered official population estimates.

“Anyone who lives in the District or spends time here already knows what these Census Bureau figures confirm: that the District is on the move,” said Mayor Gray. “People are voting with their feet, and they want to live in D.C. This is due to the tremendous strides we’ve made in recent years in developing our city, improving our educational system, investing in infrastructure and raising the quality of city services.”

For the second year in a row, the District remained among the nation’s fastest-growing states by percent, outpacing even rapidly growing Sun Belt states such as Texas.

“We are absolutely thrilled,” said Harriet Tregoning, director of the District’s Office of Planning, which oversees the District’s State Data Center and Census activities. “We continue to focus on encouraging the best in land-use development and sustainability, and creating or maintaining convenient amenity-rich neighborhoods with great choices in housing and transportation. As I said two years ago, the District is a great place to live and I expect the population to continue to grow.”

According to the Census Bureau, this tremendous growth can be attributed to increasing births and an influx of new residents from other states and abroad. With over 9,000 births each year since 2008, the District is experiencing a baby boom – bucking a trend that has seen birth rates decline in much of the rest of the nation. The District experienced 9,156 births and 4,873 deaths from July 1, 2011 to July 1, 2012. In addition to this gain of 4,283 residents from natural increase (births minus deaths), 8,953 people migrated into the District from other states and abroad, along with 67 people who were not placed in either of the two previous categories (residuals) – combining to provide a total net increase of 13,303 residents. The District continues to make gains in domestic migration with 6,050 more people (of the 8,953) moving into the city from other states than moved out.

People are continuing to choose the Washington area to call home because of several factors. While other areas of the nation experienced severe job loss during the economic downturn, the Washington region employment rate remained fairly stable. From October 2011 to October 2012, the Washington region added 21,000 jobs, of which 20 percent were in the District. From the height of the recession in 2009 to the present, the region’s unemployment rate dropped from 6.7 percent to 5.2 percent. During the same period, the District’s unemployment rate dropped from a high of 10.5 percent to 8.5.

The Census Bureau numbers continue to reflect the demand for housing in the District. According to Delta Associates, new rental buildings in downtown and NoMa and along H Street NE leased up at some of the fastest rates in the region while rents increased 7.5 percent over 2011. The condominium market is seeing similar activity. The Greater Capital Area Association of Realtors reports that condominium sales through November are up almost 20 percent over last year.

The District’s investments are providing more transportation choices – including car and bike sharing, rapid bus service and streetcar lines – while residents are better utilizing public transportation and walking to work. According to census data, between 2000 and 2011, for workers 16 years and older, the percentage of people who use public transportation for commuting increased from 33.2 percent to 39.6 percent. Over the 2000 to 2011 period, while the District’s population increased by 8 percent, the percentage of households with no vehicles available increased from 36.9 percent to 38.5 percent, meaning more people and households but fewer cars per household.

Another important factor making the District a safe and attractive place to live and work is the significant decline in homicide rates. According to the Metropolitan Police Department’s 2011 Annual Report, the District saw its lowest number of annual homicides in almost half a century with 108 murders, and the figure is on track to be even lower in 2012.