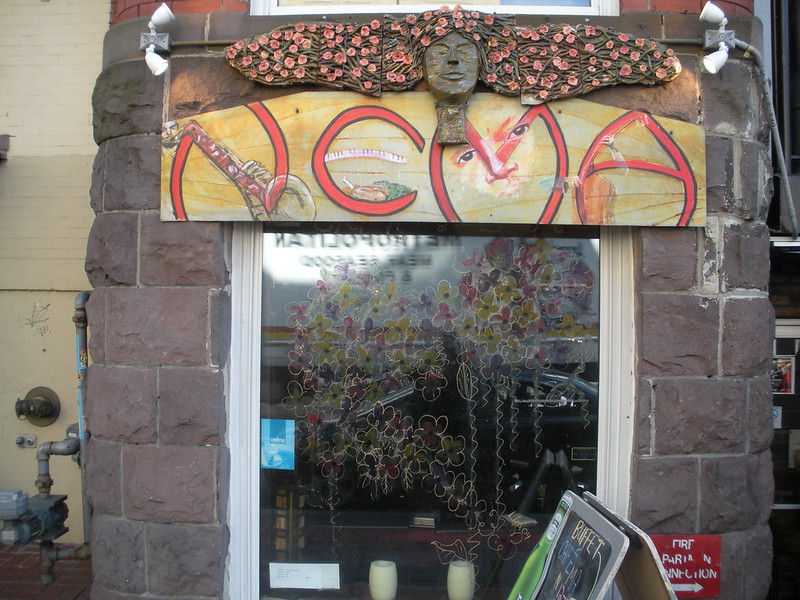 A couple of weeks ago we noted the new paint job at the former Tropicana Jamaican Eatery which closed in late Jan. 2012 at 725 Florida Ave, NW. I’ve been getting tons of inquiries from folks wondering who might be moving into the space. It’s been tough to find out anything. I once asked workers on the scene and they said it would be a restaurant. I asked if they knew what type of restaurant and they told me it would serve food. Ok. Not a lot to work on with that but earlier in the week I heard some promising scuttlebutt. I’m not sure of the accuracy but since so many folks have been curious – what the hell.

I hear that the folks behind the former Cafe Nema (remember how awesome that sign was?) will be taking over the space. Cafe Nema was located at 1334 U St. NW which is now home to the ****ing Codmother.

Stay tuned for more info on the former Tropicana as it becomes available.