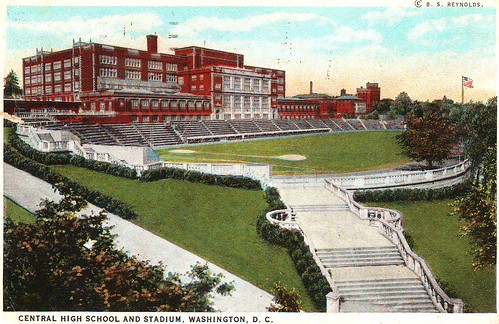 “The Central High School is one of the largest and most modern institutions of its kind in the United States. It contains a large swimming pool where the pupils are taught swimming and lifesaving. The Stadium is used by all the high schools for football games and athletic track meets. The large auditorium is used for public functions and Community Center activities. The stage is the largest in the city and the proscenium arch is one of the largest in the world.”