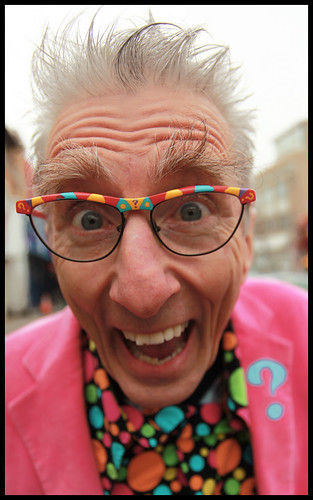 “I grew up in Wilkes-Barre, Pennsylvania. When I graduated from college, I couldn’t get into graduate school and rather than be drafted into Vietnam, I joined the Navy and went to Officer Candidate School. I spent a year watching the war and two years in Scotland as a diplomatic courier. I came to Washington in the early 70’s. I had G.I. money and went to get my MBA in computers at American University. My first job in town was in the information business. I was a paper boy and delivered the New York Times at 5 a.m. everyday.

“I always knew that I wanted my own business. I would sell hot dogs on the Mall if I had to. I started a few businesses that failed. Then, I became a consultant. Funny how when people fail, they become consultants! So, I started with a phone and a desk down at Foggy Bottom. I was getting free government information and selling it to Fortune 500 fat cats. It shocked me that a schmuck like me from Wilkes-Barre could make a free phone call and turn around and sell that information for thousands of dollars to some rich person who was too lazy to get it. It was basically a shoe shine business. People spend $5 to shine their shoes when you can get a $2 can of shoe polish at CVS that will last your whole life. That mentality is what this town is all about. After helping rich people for a number of years, I figured that I would spend the rest of my life helping the rest of the country find out how to get useful government information.

“Now, I look back on my failures and realize that they were the result of me not doing things my own way. I thought if I failed that I would have a permanent ‘F’ on my forehead, but people don’t give a shit. They are too worried about themselves. It took me a couple of failures to figure that out. When I started this business, I wanted to have fun. I figured that the worse that would happen would be failing again. When I started having fun, things became different. I realized that I was good at acting foolishly on television. My parents did not admit that I was their kid for the first ten years of my career! They wanted me to act like Henry Kissinger. I wouldn’t sell shit if I acted like that. Life is trying to realize who you are. The more you go through this education system, you are told to be like everyone else. We should be bringing out the best in everyone and encouraging people to do what they are really good at.

“To me, that is what the question mark suits are all about. About ten years ago, I was in a down cycle and bought a cheap suit and had someone embroider a question mark on it. I always wanted to have a suit like that. Had I been a teacher or accountant, I would have gotten the same suit. To me, the philosophy behind the question mark is that we live in a society where we have more accessible information than at any other time at history. You can go to Google and get a million answers. The answers are easy, it is the questions that are hard. I really believe that we need to struggle in life to ask the right questions.”