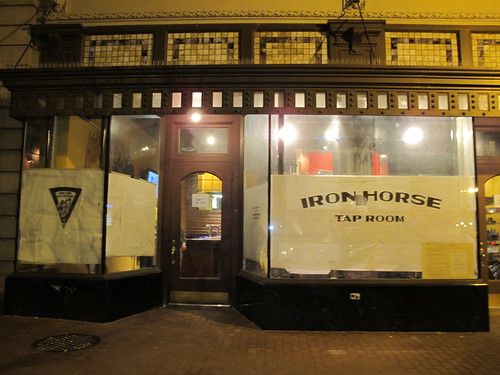 It was back in April 2009 that we first learned about Iron Horse Tavern coming to Penn Quarter. I’m happy to report that they’ll be opening up at 507 7th Street, NW Thursday evening. There was still some construction going on when I stopped by but when they finish up on Thurs. they’ll be open. After Thursday regular hours will start at 4pm. There will be 20 beers on draft and no bottles or cans. This is strictly a tavern and no food will be served though they do have an agreement where food can be brought in by customers or ordered from nearby Austin Grill or DC Chophouse.

It is a two level bar with the upstairs being more like an “upscale neighborhood hangout” according to GM Daniel Williams. The downstairs, with a capacity of 177, is filled with games and two connected bars. One will be open right away and will feature skeeball, shuffleboard, jukebox, and big buck hunter. The adjoining smaller bar is tentatively titled the “Story Bar” which will not open for another week or so and will feature photographs from a bicycle trip taken by City Bikes owner, Charlie McCormick. Owner Geoff Dawson envisions that the space will include photographs and postcards from others who take trips around the world. Mr. Dawson is also the president of Bedrock Companies which includes Aroma, Atomic Billiards, Bedrock Billiards, Buffalo Billiards, CarPool, Continental, and Mackey’s.

While it wasn’t completely finished when I stopped by, this certainly looks like it will be a nice addition to the Chinatown/Penn Quarter neighborhood. Photos after the jump. 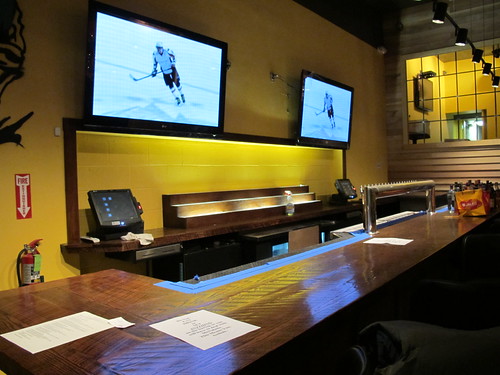 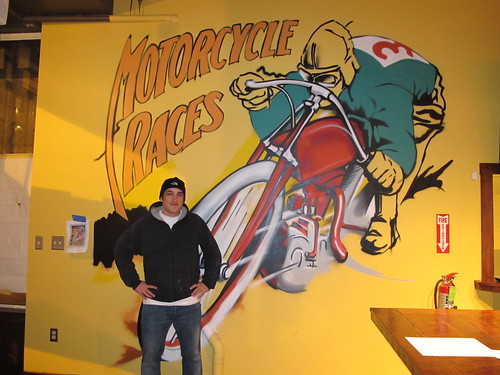 Upstairs mural (not yet completed) by Tim Conlon (in photo) 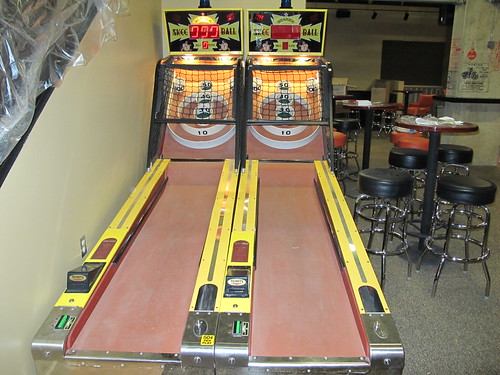 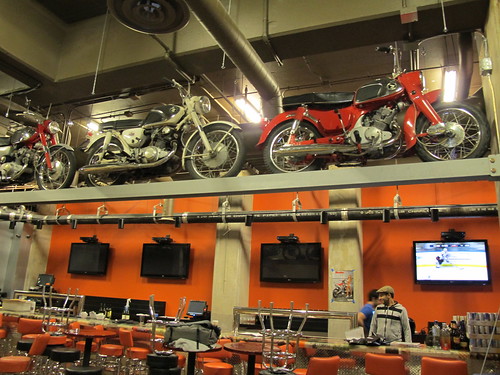 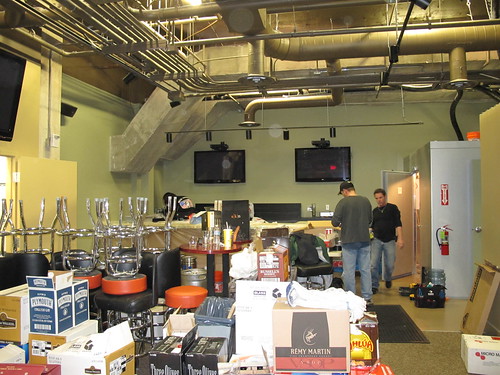 Story Bar space to be open in a week or so.