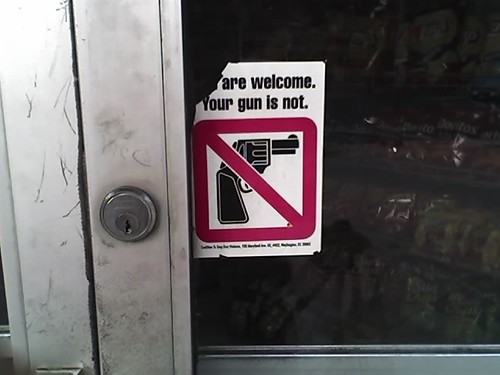 As most have surely heard by now Washington WIzard’s star Gilbert Arenas has been suspended indefinitely by the NBA. ESPN reports:

“Arenas is under investigation by federal and local authorities after admittedly bringing guns into the Wizards’ locker room. The Wizards’ troubles may not end there. The Washington Post reported Wednesday that according to firsthand accounts, teammate Javaris Crittenton, whose disagreement with Arenas reportedly fueled the incident, loaded and cocked his own gun in response to Arenas. In text messages, Crittenton called that account “false,” according to the report.”

I was a party where guy says, I can’t even bring a candy bar into the Verizon Center, how the hell did he get a gun in? Obviously he was kidding but this really seems to be beyond defense. What do you think the punishment should be if he just brought the gun to the locker room but didn’t brandish it? What should the punishment be if he did brandish it? Do you think he will prosecuted and face jail time? Are you bothered by how Arenas seems to be making light of the situation?