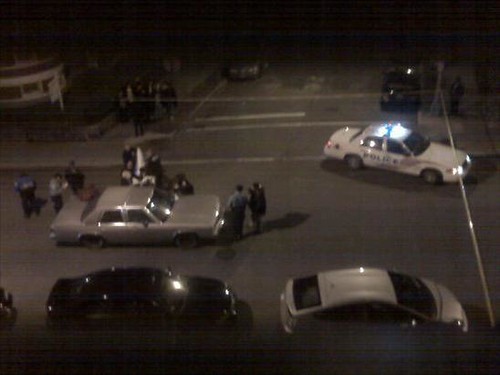 I received a number of emails about the following incident. Will update when word comes out from MPD.

“I live on Rock Creek Church Rd, directly across from Eighth Street, right by the Petworth Metro, and last night a little after 1 a.m. I heard a lot of shouting and I think at least one gunshot; sure enough, the police were swarming and took two people to the hospital, there was some blood on the street. Weirdly, both people came out of a silver car, not sure how it was involved.”

I’m not sure if it’s related to this incident from the 3700 block of New Hampshire Ave. From MPD at 2:31am:

“4D officers are on the scene of a shooting in the 3700 block of New Hampshire Ave., NW. Two adult Hispanic males were shot in the legs. The injuries appear to be non-life threatening. They were transported to local hospitals. There is no lookout at this time for any suspect. Anyone having information about this event is urged to call 1-888-919-CRIME or 727-9099.”