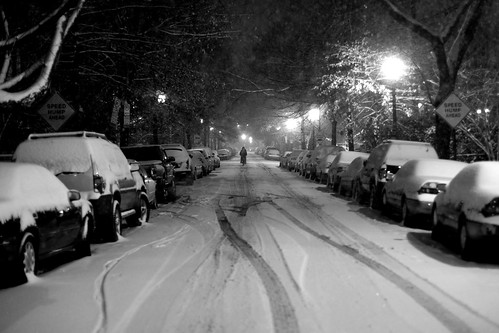 I’ve been here in DC during big snows, but I’ve never had to get around during or just after one. Does anyone know which roads usually get plowed first? Will cabs be running along the major arteries if they’ve been plowed? Maybe others are in my situation: my flight out of DCA is on Sunday morning, after the snow stops falling but before the metro opens, so taxi is the only option. Just thought you might be able to provide a forum where people can exchange storm wisdom!”

Wow, in my 13 years of DC this is one of the biggest snows I can remember. So for those that haven’t experienced a snowstorm in DC please feel free to use this post as a forum of provide advice to each other. You can expect many side streets not to get plowed for a while. You can see a searchable map here of what streets have been plowed. Hopefully if you are parked on a snow emergency route you have moved your car but just in case you can find a list of those routes here.

“Metrorail trains will stop serving above-ground stations at 1 p.m. today, Saturday, December 19, due to heavy snowfall that is covering the electrified third rail, which is situated eight inches above the ground. The third rail must be clear of snow and ice because it is the source of electricity that powers the trains. Metro officials believe that by 1 p.m. the exposed third rail will be covered by snow. All Metrobus and MetroAccess service also will stop at 1 p.m. because roadways are quickly becoming impassable.”

From a couple of emails if you’re looking to get out of the house a bit (don’t drive!) – Domku on the 800 block of Upshur, NW is OPEN today as is Duffy’s (PoP advertiser) at 2106 Vermont Ave, NW. If other folks know of spots still open today to grab a bite to eat or drink please leave in the comments.

Any advice you can give to folks I’m sure would be appreciated! 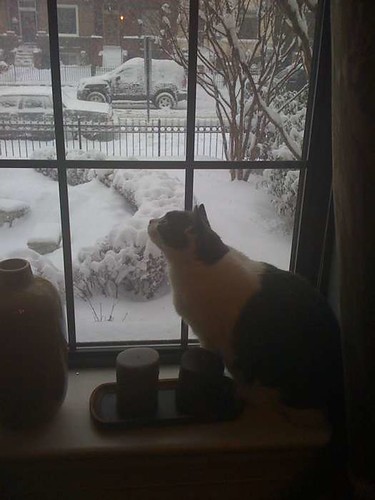 If you have photos of a snow scene please upload to the PoPville Flickr Pool here.