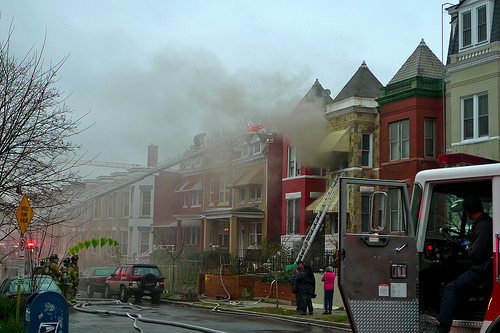 Thanks to a reader for sending these scary photos. I hope everyone is alright. He writes:

“Apparently the fire started in the basement and spread some while the FD struggled to get through the security gate. According to the next door neighbor, the owner was put on hold when she called 911 and it took her several minutes to find someone who could also call and get an immediate response. The FD got into the houses on either side of the burned rowhouse, but I don’t know if it spread.” 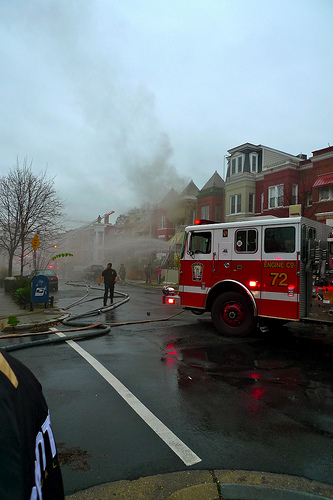 Three more photos after the jump. 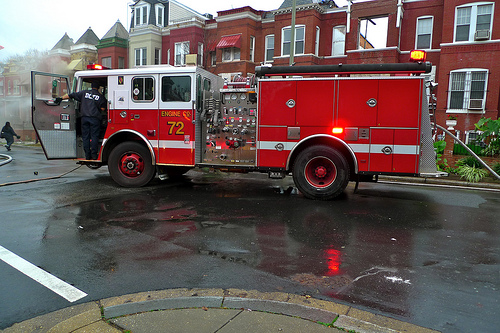 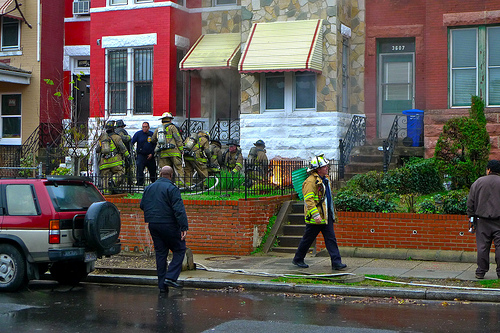 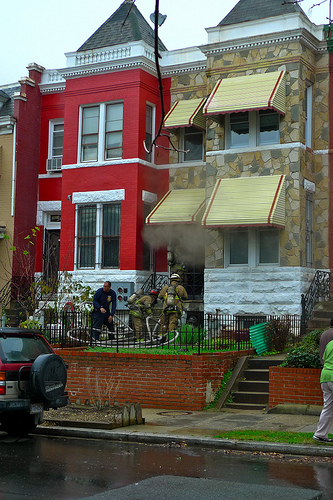