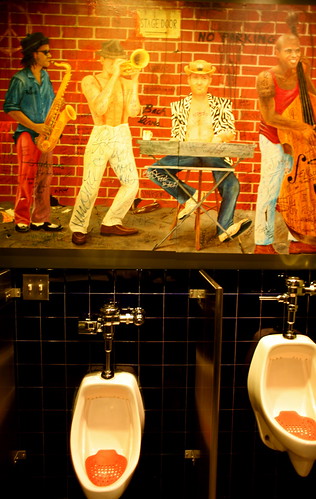 I was reading an article on the Washington Post about the new Silver Line and bathrooms. I was surprised to learn that restrooms were even accessible at other metro stops. I had no idea if you asked the metro Manager that you might be able to use the restroom at the stop. As the article mentions, only some metro stops have restrooms. I did a quick internet search to see if anybody had a list of metro stops with restrooms, but I could not find anything. Do you or your readers know of the metro stops that have restrooms?”

I have requested that info from WMATA public relations but haven’t heard back from them yet. I’ll follow up with them after the snow stops being an issue. But in the meantime do any readers happen to know which Metro stations have restrooms? I’m also curious if anyone has actually used one before. If so are they relatively clean?

We spoke about public restrooms back in April.