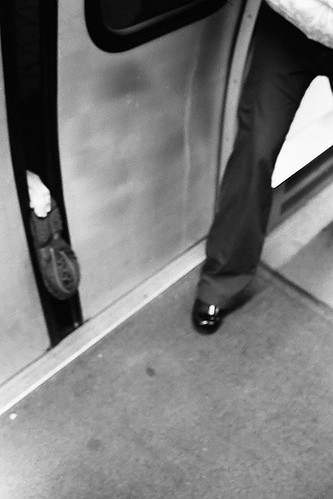 There are a number of things that I find irritating in this city and in general, but there is one that is infuriating to me: when people sit on the outer side of a two-seat metrotrain seat. The seats are built with arm rails so it’s not an easy thing to squeeze in between a person and the arm rail. I’ve found that it’s an equal opportunity offense- people of all ages, races and gender do it, some while reading, others while texting or playing some game and others who are just sitting and staring into space. I totally respect and endorse the metro “code” of general quiet and lack of eye-contact, but this makes me want to throw a fit, or a punch. I will get on a train and there will be at least three open seats in a car rendered essentially unusable by a person taking up two seats, with their possessions, sprawling posture, or unwillingness to move over. The worst is when you actually do try to sit down and you are treated like a criminal for disrupting their two seat luxury box. Today after nearly elbowing my seatmate in the face, did they finally deign to give me my 50% of the space. I CANNOT stand this as it is rude and discourteous. Can anyone explain why there is any rational reason for people to show a total lack of respect to others?”

Sometimes a good rant is necessary for mental health purposes. The problem won’t get solved but it’s nice to let off some steam. I did the same thing when I saw some guy clipping his fingernails on the metro…