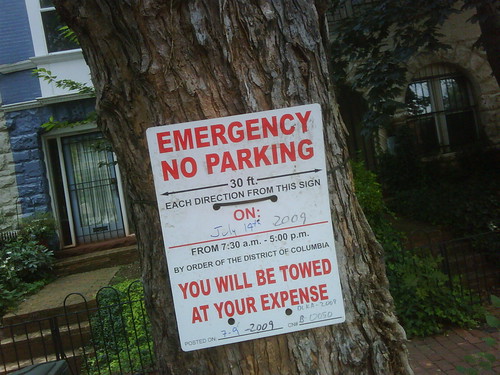 “The District Department of Transportation (DDOT) will host a public meeting on Monday, December 7 to update the community on the Ward 1 Columbia Heights Performance Based Parking Pilot Zone. The meeting will also be an opportunity for residents, businesses, churches and other stakeholders to provide feedback on the parking operations implemented under the Performance Based Parking Pilot Zone Act of 2008.

Columbia Heights is one of two commercial areas in the District where DDOT has established a special pilot parking program. The goal is to protect neighborhood parking, spur regular turnover of metered spaces around commercial establishments, promote other modes of transportation and reduce congestion using a variety of tools including variable parking meter rates and time limits.

At the meeting DDOT will discuss the progress of the program and the topics will include:

* An update on the revenue generated from multi-space meters.
* An update on signage improvements and non-automotive transportation modifications scheduled for the pilot zone (using meter revenue).
* Recommendations from community stakeholders for 2010.

The community center is located near the intersection of Girard and 14th Streets. It is approximately 3 blocks south of the Columbia Heights Metrorail Station on the Green Line. It is also accessible on the DC Circulator’s Woodley Park – Adams Morgan – McPherson Square route, as well as the Metrobus 52, 53 and 54 routes on 14th Street.

For more information about the meeting, please contact Damon Harvey at (202) 671-0493 or [email protected]”

More Stories
An Update on Billboard Saga at 4th and P Streets, NWDog Shot after Attack in Cleveland Park