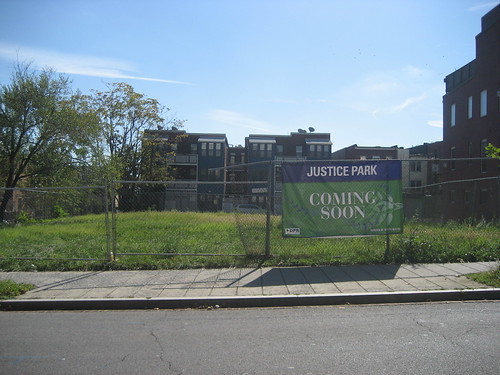 Council Member Jim Graham sends an update of Ward 1 parks in an email:

“After the D.C. Council’s vote on Tuesday, December 14, to rescind $83 million in Parks and Recreation Contracts many of you called and wrote to me asking what that meant for Justice Park, Park View and LeDroit Park.

I am happy to report that these parks construction projects are already “back on track.” The Deputy Mayor for Economic Development has assured me that the $750K Justice Park project and the $1.2 million Park View project will be overseen by Allen Lew − Executive Director of the Office of Public Education Facilities Modernization − and will move forward. This is excellent news given the great speed and success with which Mr. Lew has handled school renovations and constructions.

The final project, the LeDroit Park (former Gage school transformation) will remain in the Deputy Mayor’s portfolio and the contract for the reconstruction will be re-bid and move forward.”

Read more →
More Stories
Multiple Reports of a Shooting at 9th and Quincy Streets, NWFQoTD/Dear PoP – What to do in DC for New Year’s Eve Celebration?