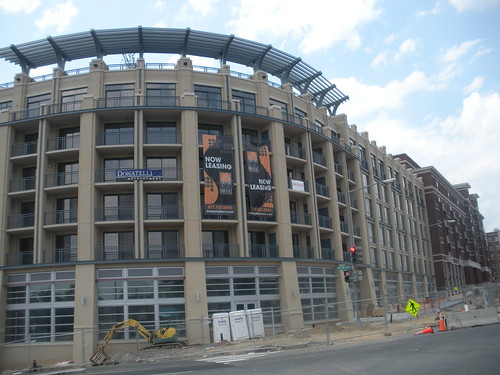 Unbelievable. There was a big party at the Park Place Complex above the Petworth Metro Thursday evening. I just received the following email at 11:38 pm Thursday:

“I live on the west side of Park Place and about 15 minutes ago someone unloaded 6 shots right under the building, in the alley. I didn’t see it but certainly heard it. Three squad cars showed up a few minutes later and the cops are out looking for shell casings now (heard them talking). I didn’t hear any voices before the shots and no screaming or voices afterwards, and no sign of an ambulance, so I guess no one was hit. At least that’s what it looks like. Maybe someone just wanted to end the party with a bang – 6 of them.”

Very frustrating ending to a great evening. To preempt some, you know who you are, this party was open to all and was extremely diverse in all categories.