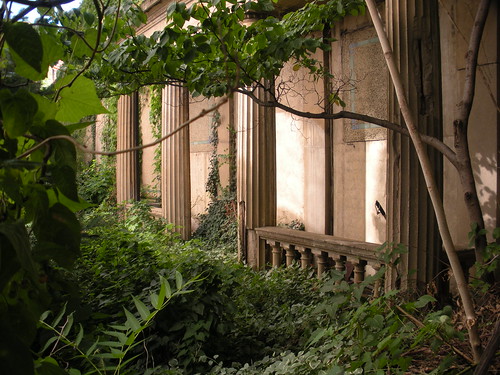 Thanks to a reader for sending the Post’s Answerman column that answers the same question a reader sent in a few weeks ago.

“Dr. Johnson died in 1941, a year after the Washington House apartments were built where his garden had been. His house is now the embassy of Angola. All that remains of his garden are four crumbling columns. Why were they left untouched? That wall might be attached to the rowhouse at 1618 Florida Ave., making it more trouble than it’s worth to remove.”

Read the full article and see a photo of the spot back in the day here.