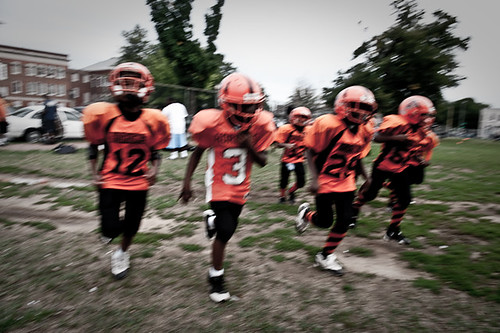 Boxing is a full-time job compounded with part-time work for local fighter Alexander “The Great” Johnson (see part one), and the discipline it demands has had a transformative effect on his life outside the ring.

“For a long time I didn’t get the discipline act of boxing,” he explains. “I just knew how to use my hands.”

“I fought every day coming home from elementary school. I was a troubled kid. Losing my brother and my cousin…those were hard times on me and my family. I was about eight back then. Same age as my son down there.”

He nods at his older son, Ariel, on the field of Cardozo High School. He plays running back and cornerback for the Watkins Elementary Hornets. 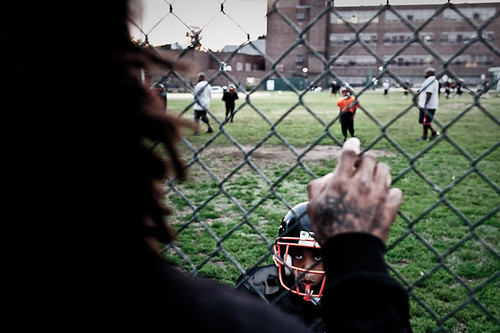 Ariel is coached by his father, Al Johnson, during a break at Watkins Elementary School.

“My brother, may he rest in peace, was the one who got me into boxing. I didn’t know how to channel the pain I felt into anything else. Since then I’ve seen a lot. I’ve done a lot. Growing up as a black kid between ’81 and now in DC—what alternative do you have but to accept, adapt and try to conquer your environment?”

Asked if boxing is his way of fighting against the past, he responds, “It’s not so much a reaction as a progression. When I was in those days…it was like I was always fighting my way out. Walking down the street, somehow I’m just throwing my hands—and I’m nowhere near a gym. Now I’m in the gym. Now I’m fighting my way into becoming a world champion.”

It’s a testament to the people behind a sport with a long history in the DC area—people like Al’s trainer Zeke and his manager Diana Hall. Whereas Al’s family life once propelled him into a cycle of aggression—one that imperiled his future by bringing past pain perpetually into the present—the art of boxing has empowered him to reorganize his feelings into a positive force working to secure his family’s future. The ‘discipline act’ of boxing has transformed him from a victim into a success, from a boy into a man. 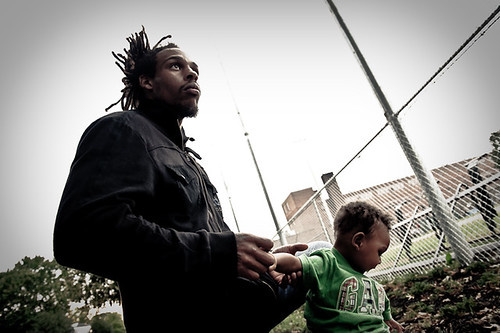 “My maturity level has grown beyond me,” he says while bobbing his younger son on his knee.

“Now my family is my motivation.” 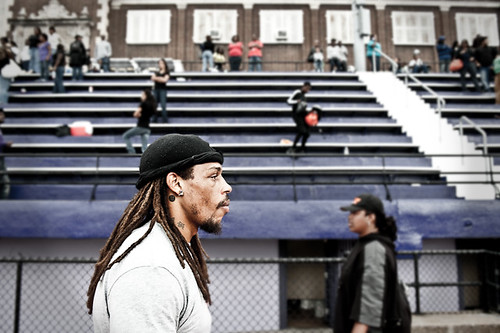 Al walks down the field at Cardozo High School to congratulate the Hornets after their game against the Titans. 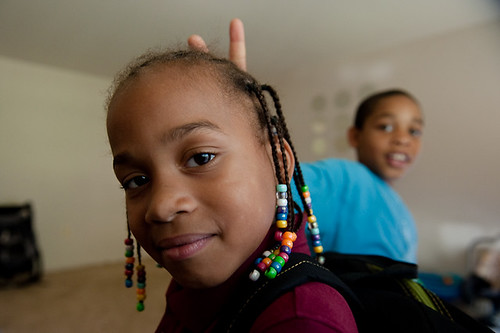 Amonie, Al’s daughter, smiles at their home in Suitland, Maryland as Ariel gives her bunny ears. 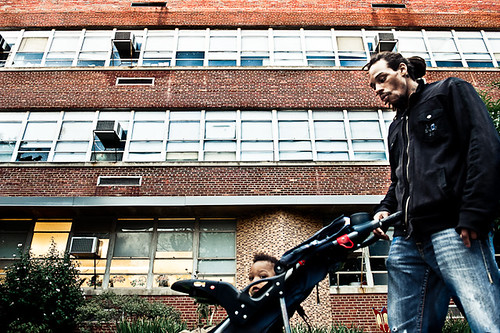 Al Johnson walks around Southeast with his younger son. 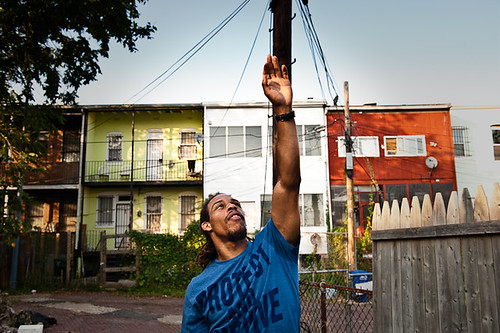 Al shows where the basketball hoop used to be behind the house where he grew up in Northeast Washington, DC—a block off Florida Ave. The yellow house pictured behind him is where he spent his formative years. It’s a couple blocks away from where Rayful Edmond III oversaw a crack empire that sold up to 2,000 kilos a week until he was arrested in 1989.