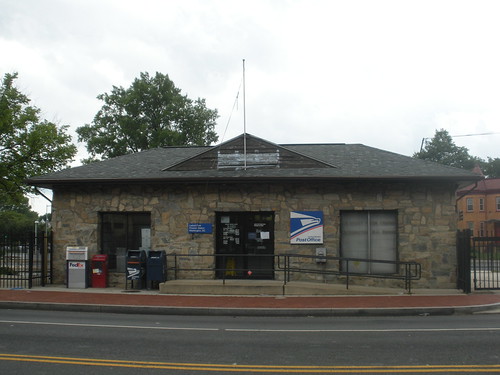 Tons of readers wrote in on Friday about the possible Post Office closings in DC (photo above of Le Droit Park). We spoke of the Petworth post office back in March. The news of the potential closings were first reported in the Post’s Federal Eye blog. They wrote:

“The Postal Service has marked 677 post offices nationwide for possible closure or consolidation, according to a document given today to a House subcommittee holding a hearing on the future of American mail delivery. Among them are 10 post offices in the District and three in the Maryland suburbs of Hyattsville, Rockville and Silver Spring.”