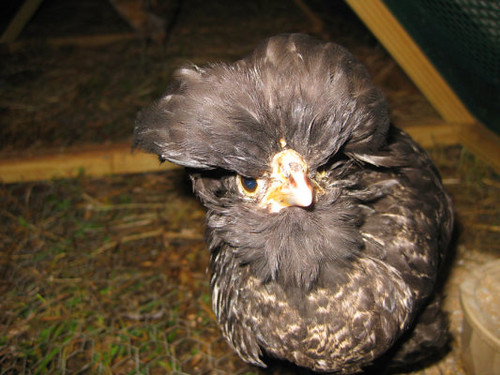 “I thought I’d throw Agnes into the mix. Unfortunately, her kind is frowned upon by the great District of Columbia, the place where I was born and raised. So Agnes lives out in Fairfax County with some horses and two others chickens, Mrs. Kravitz and Gertrude. She is a very friendly polish hen who enjoys eating worms and cantaloupe, and she has a better pompadour than most hipsters.” 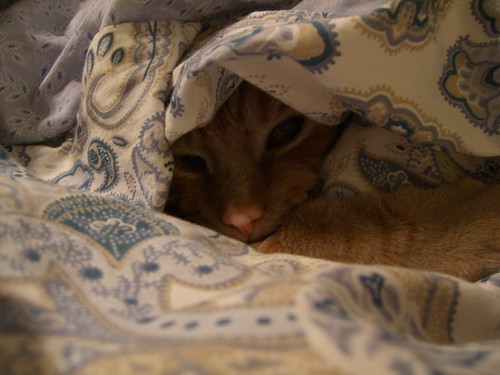 “Klay is our gorgeous golden boy. Here is is wrapped up in the sheets, um, cause the other pets arent cool enough to have discovered thats the thing to do yet.” 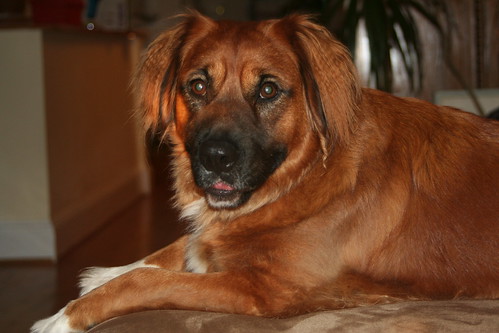 “This is Cassidy. She’s a rescue who’s about 3 years old and, if you believe the doggie DNA test, is a German Shepherd/chihuahua mix. Yes, you read that right. Cass loves lamb treats, chasing a ball (but not bringing it back), sleeping under the bed, trips to grandma’s house to get spoiled, and sneaking into the basement in search of the cat who avoids her. She’s afraid of a lot of things and we think she’s secretly a Republican (but we love her anyway).” 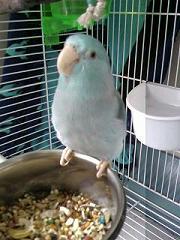 “Pico looks tiny, but rest assured he is a spitfire that won’t take any guff from anyone. Don’t let that smile fool you, he’s one rough and tumble parrotlet.” 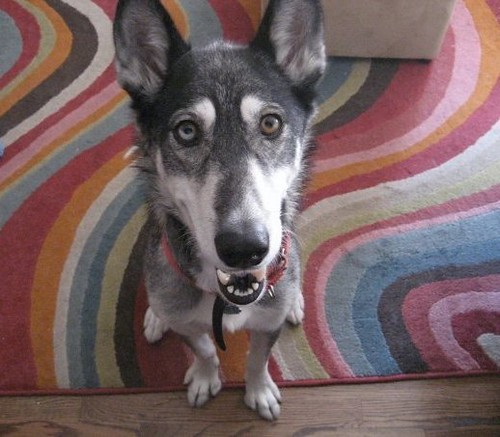 “Juno’s survived traumas that would scare the Kibble out of lesser dogs. Abused and malnourished, she wondered the streets searching for food and shelter, only to get knocked up. Her puppies were taken away from her and she was kept in a tiny cage with no human interaction. This was all before her 2nd birthday. She faced certain euthanasia unless she met a suitable owner. Despite her jaded past I was willing to look beyond her indiscretions and welcome her into my home. She was moments from death when we met…Now a days Juno and I are inseparable. We roam the NW laying claim to all the surrounding neighborhoods. Juno is a happy dog who enjoys howling along to show tunes, eating cheese, and goosing strangers.” 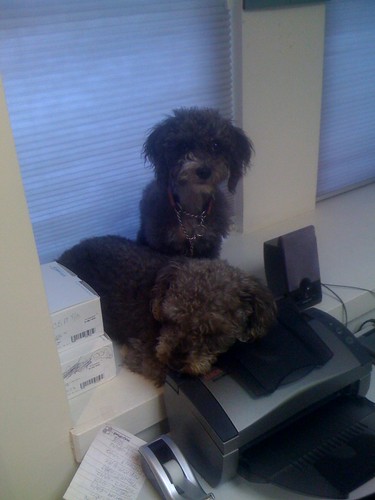 “Trevor is the grey schnoodle lying down. He is 2 1/2, cool calm and independent. We joke about him being our ivy league dog.

Torie is the black schnoodle sitting up. She just turned 1. She is our wild, delinquent. She has the nickname, Crazy Torie by the staff at Dogs by Day.

This picture was taking at work. They enjoying the day at work with me, lounging around, getting plenty of attention and eating lots of treats.” 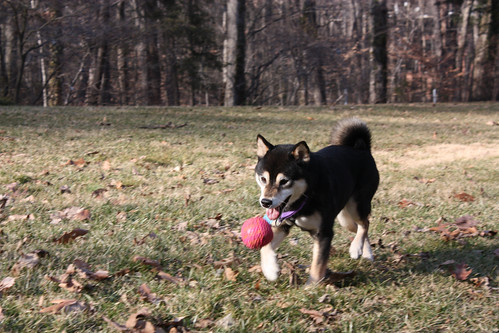 “This is Tsuki, my little Shiba Inu lady! Most people never believe she is a full-grown pup, and always think she’s a Siberian Husky puppy – it must be because of her darling puppy face and stubby characteristics. I adopted her in August 2008 at the age of four – she was passed around quite a bit before this because of a multitude of expensive health problems, I’m so lucky to have had the opportunity to have her in my life and get her healthy again. Tsuki is just a sweet, poised, and dainty pup – she loves to play fetch, eat carrots and howl at the moon, she’s my little wolf!” 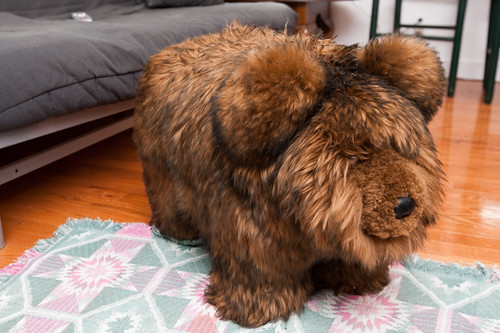 “This is Todd. Women call him Woozy, but he’s far too upstanding for cutesy names like that. Todd was recently featured in the express in an article about condo renting, and since then the ladybears have been all over him. He’s cute, cuddly, and loyal. Never makes a mess or bothers you, but is always there to support you and your feet. Don’t think he’s just a big lovable oaf though, that mass of fur hides some eyes that will pierce the very essence of your soul. Having anyone but him be the coolest pet would be like spending a Thursday night at Tom Tom’s; sure you can do it, but you’ll hate yourself after.”

Ed. Note: Above is stuffed animal. His owners and friends lobbied for his inclusion. I have reservations but will post him anyway. Next year, I’ll be more clear on the rules or have another section for you know, stuff like this…