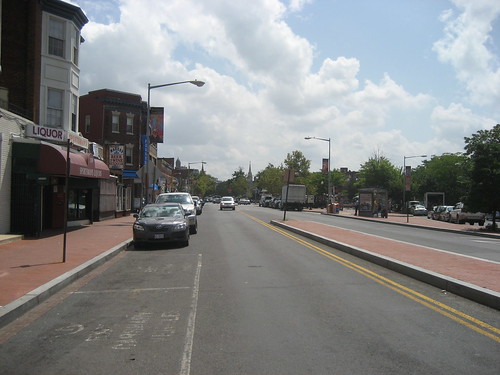 It seems the issue will be addressed at ANC 1 meeting Tuesday. Do you think the festival should be on Mt. Pleasant Street, 14th St. or elsewhere?

“Fiesta DC wanted to move the festival to 14th Street. The fire department would not let them block off the street and so now they’re in a bind and want to return to Mt. Pleasant. The reaction seems generally negative, but it’s hard to tell if that’s just who is speaking up about it all. The concerns are:

— Road closures. Apparently in years past the festival blocked off a lot of streets, including Irving, which caused a huge cluster for the residents. There was also little notice about what roads were going to be closed, which added to the frustration.

— Safety. Apparently security has been an issue in the past.

— Clean up. Last year there wasn’t good clean up and the Mt. Pleasant residents/businesses were left to deal with this.

— Size. From the forums on this, it seems like a lot of people are concerned with how large the festival has gotten and the fact that it’s a city-wide Latino festival. There’s no Mt. Pleasant draw/relationship to it and no benefit to the neighborhood. Several people on the boards are suggesting the festival move to some place like RFK as there is no Mt. Pleasant tie and that the neighborhood put together their own festival.

— There seems to be some issue about money in all of this. They are a registered 501(c)3 charity, but at a meeting yesterday someone said they were a for-profit venture. That is causing some dustup and there’s concern about transparency.

The whole thing will be resolved on Tuesday at an early ANC 1 meeting.”