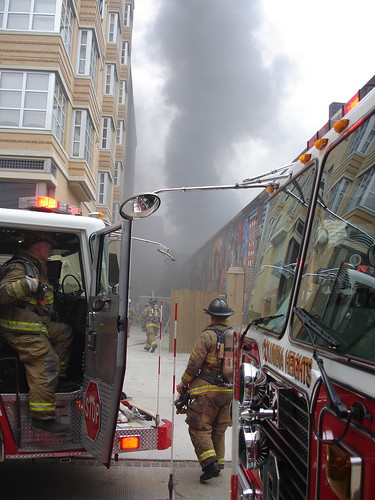 I know you are going to be swamped with pics of today’s fire in CH. I figured I would give you a couple – since the fire happened literally below our balcony at Highland Park — we may be able to give a slightly different view of the aftermath…

We evacuated before taking pics from above of the fire in full bloom. But attached — you will see pics of the smoke from the street, as well as the aftermath of the burned up HVAC unit (which I am VERY hopeful that they will remove as it is now even more of a complete eyesore…)

I’m also attaching a couple of pictures of the SAME lot from last night — where — a group of appx. 25 folks was shooting fireworks off until about 3:30 a.m. Between fits of fireworks, they also engaged in boxing matches — taking turns beating the shit out of each other. It was quite the sight.

Despite calling 911 three times over the course of 3 hours — I only saw a trooper roll up after the third call. Quite ridiculous.

in my opinion — Someone needs to do something to either clean up this area or patrol it more frequently. (the lot in question is behind the highland park and homeless shelter buildings — aka – the alley that runs parallel and between Irving and Columbia;

there is A LOT of loitering there throughout the day (and — even into the evening) with some ridiculous behavior being exhibited.”

Yikes. Thanks to all the readers that sent photos of the fire. A few folks have speculated that fireworks could be the cause. More photos after the jump. 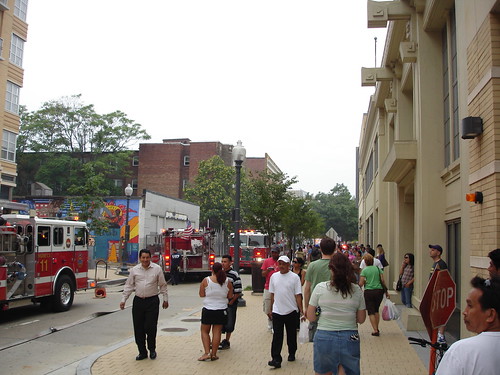 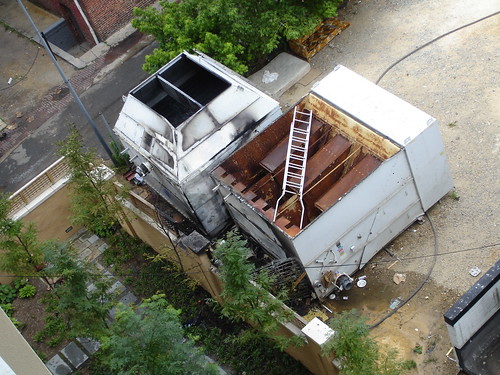 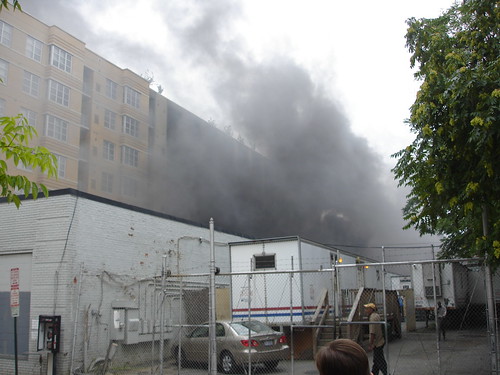 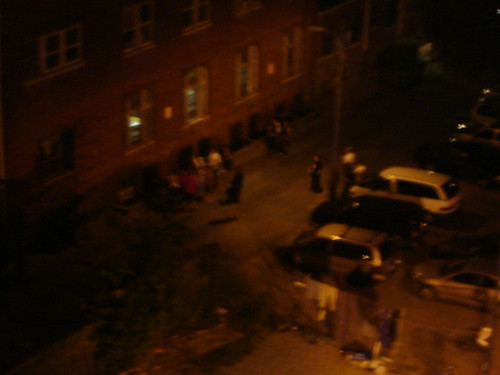