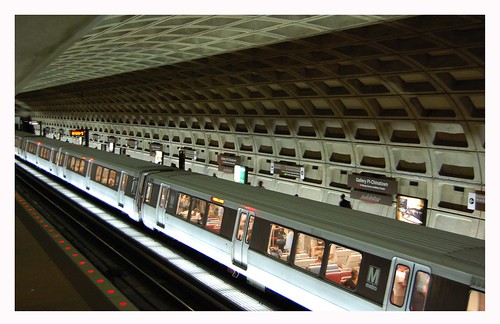 “D.C. Fire and EMS spokesman Alan Etter said one train was on top of the other train.

This is “developing into a mass casualty event,” Etter said. “We’re expecting a number of injuries. We’re not aware of any fatalities at this point.”

Hearing that it is a mass casualty event is very scary news. I hope to report more as info becomes available.

“Metro reports that 2 train collided and one train is on top of the other train. Metro reports massive injuries at this time. The green line and the red line are affected. Further information to follow.”

UPDATE3: Photo of crash can be seen here: http://twitpic.com/84vsw

“Passengers are currently still trapped in the trains; emergency workers are using tools to cut them from the wreckage.”

UPDATE5: Here is a very scary photo of the incident.