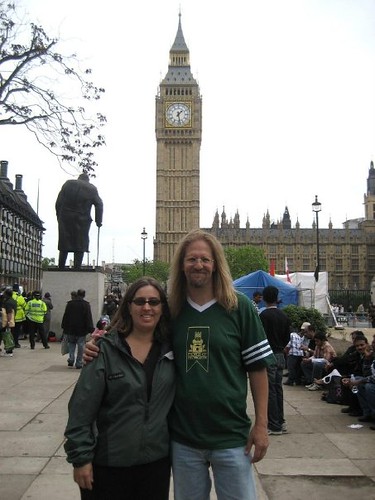 This guy is quite the globetrekker, I think this is his third entry! He writes:

“This is Parliament Square, with many statues of important historical figures. There are only two statues of non-Brits here: Nelson Mandela and Abraham Lincoln. In the background you can see the statue of Winston Churchill. And that big clock thingy.

We went on to a pub called “The Lamb and Flag” (unofficially known as the “bucket of blood” from years earlier when there was prize fighting going on there). Someone who lives near Petworth, West Sussex, 40 miles from London, was confounded how an American would have such a shirt.”