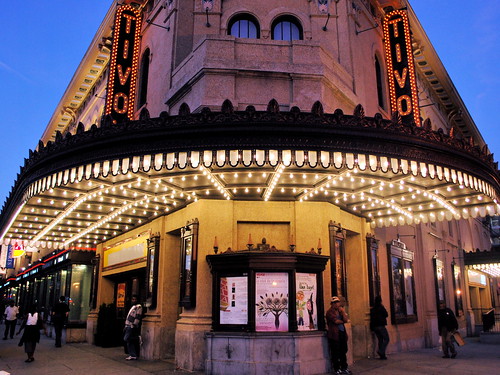 Well it’s been a while. Yesterday there was a post in the great H Street, NE blog, Frozen Tropics where, I feel, the author unfairly maligns Columbia Heights. I can understand her frustration but is it really necessary to make the point of defending one neighborhood by cutting on another? I can’t accept that provincial way of thinking. The author writes:

“But, to be frank, I feel safer living here than in Columbia Heights. Maybe it’s just me, but I feel like I know too many people who have been robbed in Columbia Heights. And when I say robbed, I mean pistol whipped, punched, or hit in the head with a brick. None of these people were resisting. By contrast, I only know (personally) one guy who was ever violently attacked during a robbery in this area.”

I really don’t mean to start a neighborhood war here. I’m a big fan of H Street, NE (in fact I just filmed a PoPtrekker there, stay tuned). I think what makes Washington DC great is that it has many great diverse neighborhoods that each have much to offer. You know, “the whole is greater than the sum of its parts” and all.

Nevertheless, let me make a few points in defense of Columbia Heights. You see Columbia Heights is a huge neighborhood. And lots of people live there. So yes, there is crime. In fact I was hit in the head with a rock not too long ago. But it has in no way diminished my love for it. I mean if we’re going to use the scientific method of how many people we personally know who’ve been mugged then I’d say it’s one of the safest neighborhoods in the city. Yeah, I don’t know anyone personally who’s been mugged there. Ok, obviously I don’t think it’s the safest neighborhood in the city but just making a point.

Here at PoP we’ve often discussed that everyone has their own comfort level. I happen to feel comfortable in Columbia Heights and H Street, NE. That doesn’t mean I walk the streets at 3am with dollars sticking out of my ears and a fresh can of airplane glue. I also happen to feel comfortable on Georgia Ave. And H Street, NE reminds me a lot of Georgia Ave. (except H St. has more new restaurants). But when I was recently filming the PoPtrekker there I couldn’t help but notice how many boarded up storefronts there were. It didn’t bother me. But I can see how some people might feel uncomfortable. It is what I call gritty. Which is far different, in my mind, than unsafe. Crime is a citywide problem. It may occur on some streets more than others but it is a problem we need to battle as a city.

But like I said, I love Columbia Heights. And I love H Street, NE. No need to justify loving one by taking down the other.