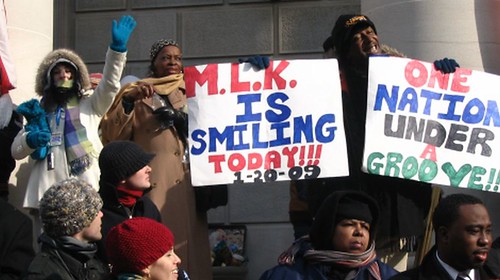 Thanks to all who sent in photos and tagged photos in fickr. Due to the many entries I can only enter one photo per person (which is extremely difficult to do!).It was a phenomenal turn out and I’m afraid I can no longer accept entries. Of course you can still join the new flickr pool I created called PoPville photos. In the pool you can enter up to 3 photos a day capturing the beautiful life from any of our neighborhoods. So please feel free to add photos whenever you’d like!

Above is a photo from “The Hay Say”.

Below is an entry from Liz who writes: “Here’s a shot of two little girls, one from Vermont and the other from Ottawa, who trekked to DC for the big day.” 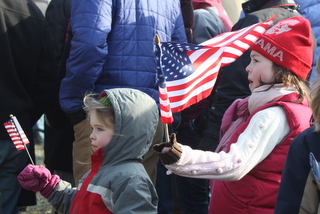 Below is a great shot of the crowds from Lauren who writes: “They were taken by my partner from the top of the jumbotron tower between 14th and 15th on the Mall where I was working production.”

I’m gonna need some help so let me know in the comments which one(s) you like the best. I still have more entries going up next week but I’d like to announce a winner and some honorable mentions next Friday. More entries after the jump.

Below is a photo from Liz in Park View. 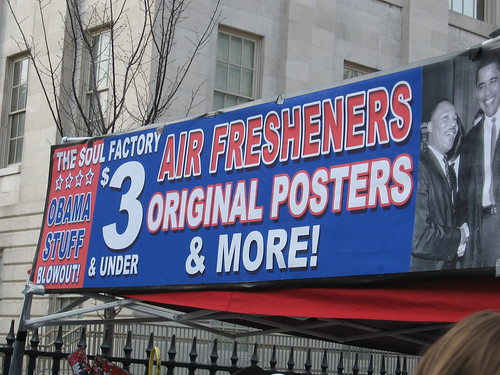 Below is a photo from Brett. 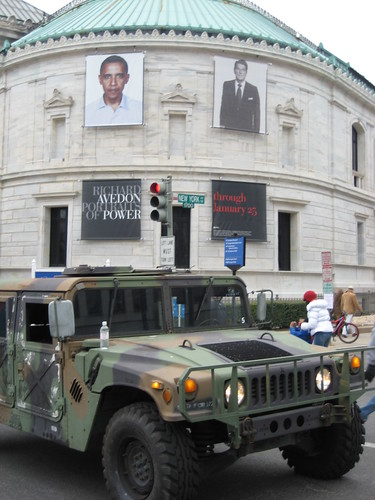 Below is a photo from Binklesworth. 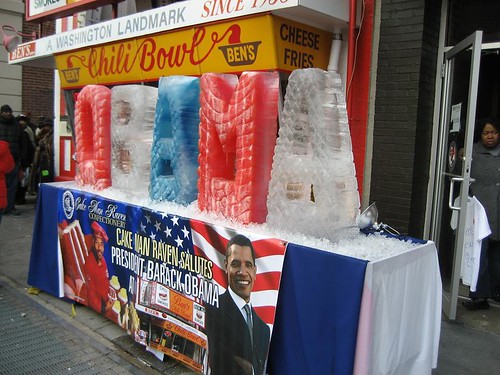 Below is a cool crowd shot from Meg. 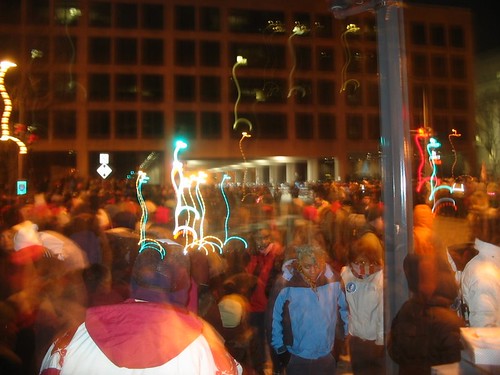 Below is a cool contrast photo of before the crowds arrived from Stephanie who writes: “The night pictures were taken at 5 A.M. I was a red hat volunteer, so that’s why I got there so early.” 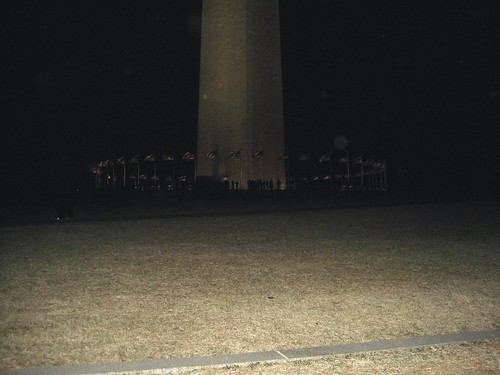 Quite a contrast from the below shot from Jeff. 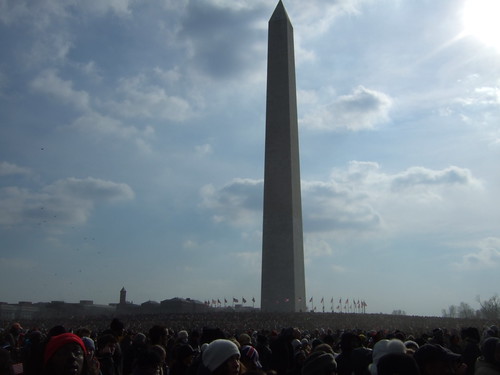 Lastly, for today, below find a photo from Ila who adds a different perspective from the crowd. 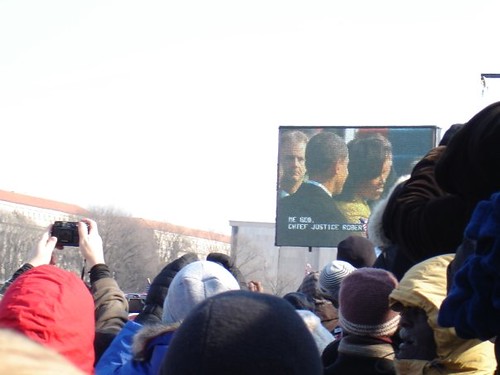