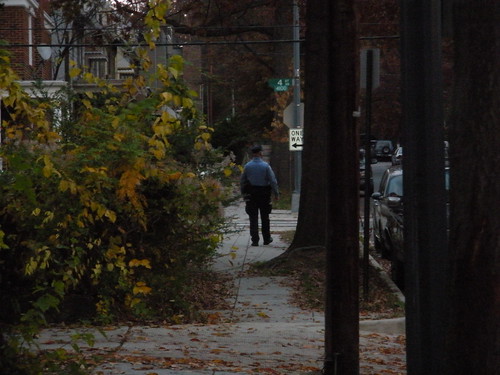 A few readers have asked me why I didn’t write more about the recent shootings in Petworth this weekend.

I actually thought pretty hard about this decision. I did post about the first shooting and I felt that City Paper did a good job covering the rest. But of course the real reason I didn’t post about each individual shooting was because I didn’t want to obsess about it. Believe me, I was very upset, frustrated, sad, all the emotions I feel after I hear about a shooting. (And I’ll gladly post anything that one thinks can help the situation).

But the thing is, when I write about shootings people obsess about it. I know that sounds harsh but I can’t count how many times people say Petworth is a crime filled slum or other such tripe after a shooting. The fact of the matter is that the shootings are devastating but number one, thankfully, they are not terribly common and two they don’t represent what day to day life is really like in Petworth for me. Now let me say again, these shootings are brutal, they need to be addressed, we need a greater MPD presence particularly with foot patrols, we need volunteers to mentor the youth, hell maybe we’ll even need the Guardian Angels, we need to do lots of things but these crimes do not define our life in Petworth.

I remember speaking recently with my parents friends who live and lived in Park Slope, Brooklyn during the 80s. The told me how much crime there was – muggings, shootings, drug dealing etc. And you know what? Today, Park Slope is one of the most desirable neighborhoods in Brooklyn. I believe Petworth will follow a similar path. Now, I can’t speak for everyone but personally I’m not going to let the reports of crime ruin my image of the otherwise amazing neighborhood we live in.

You know, when I lived in Cleveland Park, I saw a shooting right in front of the zoo. It was awful. But I didn’t flee Cleveland Park and I’m not going to flee Petworth. Look, life isn’t all flowers and beautiful doors here. No doubt, it can be rough. It’s not for everyone. But it is definitely for me and I suspect many others reading here.

Now, MPD, how ’bout you throw us a bone and honor your word by giving us a couple of foot patrols?

You can read a previous Ombudsman response here.