I have to admit that for all the years I’ve lived in and around DC, last year was the first time I’d ever been to the US National Arboretum. Sure, I’d driven by on my way out of town, but frankly, I wasn’t ever quite sure what went on in there, or why I’d want to go until a friend took me to azalea gaze last spring. Since then, I’ve found it’s the perfect place to take the pooch for a walk, sit under a tree and read, or aimlessly meander to clear my head. Unlike many of you, I’m not much of a horticultural buff/gardener, and my front “yard” more closely resembles something you’d see at Sing Sing than something you’d see in an English garden. So I don’t pretend to go and study up on varietals or things of that sort. I go because I can always find a quiet spot, something new to look at and maybe, just maybe some of that gardening stuff might sink in. 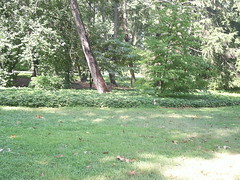 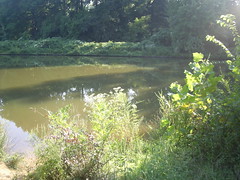 While the Azalea Collections are certainly the stars of the show when they’re blooming, I’m apt to say that the tulips, daffodils and crocuses a little earlier in the Spring are my favorites. Going in August though (not the best time of year for catching anything in full bloom) opened my eyes to the idea of the Arboretum as a year-round destination. Fern Valley provided a nice shady walk for the pup and I (beware the rather large frogs that call the stream in Fern Valley home; they scared my dog causing her to slide into the water which caused quite a ruckus among the other critters calling the Valley home). Apologies for the gratuitous photo of my dog. Story continues with lots more photos after the jump. 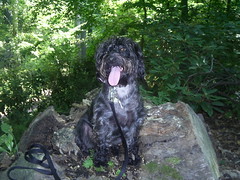 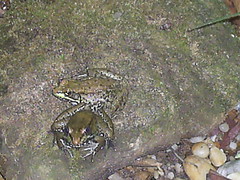 We followed up Fern Valley by checking out the trails winding through the Asian Collections, which overlook the Anacostia (which looks pretty from up there; almost like you wouldn’t mind tubing down there). 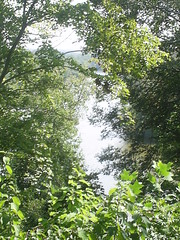 The Arboretum is also home to the Capitol Columns, which you can read more about by clicking the link. However, the long and short of it is that (copied from the Arboretum’s website, which while wildly informative, is a little clunky to navigate):

The columns began their life on the East Portico of the Capitol in 1828. They were quarried from sandstone near Aquia Creek in Virginia and were barged to Washington in the early days of our country, before the familiar Capitol dome was completed. Their stay at the Capitol was to be limited by an oversight. The dome of the Capitol, completed in 1864, appeared as if it was not adequately supported by the columns because the iron dome that was ultimately built was significantly larger than the dome that the designer envisioned. An addition to the east side of the Capitol was proposed to eliminate this unsettling illusion, but it was not constructed until 1958.

More time would pass before the columns would come to their final resting place. It was not until the 1980s that Arboretum benefactor Ethel Garrett took up the cause of establishing a permanent home for them.

Russell Page, a close friend of Garrett’s, and landscape designer visited the Arboretum in September 1984, only months before his death. He found the perfect site for them on the east side of the Ellipse where the grandeur of the columns would be in scale with the more than 20 acres of open meadow, a rarity in a built up city like Washington. The columns are set on a foundation of stones from the steps that were on the east side of the Capitol. Old identification marks from the quarry are still visible on some of the stones. 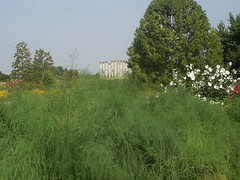 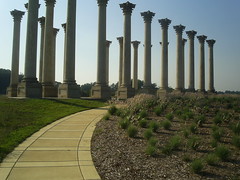 I went to the Arboretum twice last week and checked out some areas I hadn’t really paid too much attention to in the past. As I mentioned, I usually go to hang out with the pup, read and generally hang out. So I’d never really paid too much attention to the National Herb Garden. I didn’t even know there was a National Herb Garden. But I like these little posts of mine to be thorough for you readers, so I checked out the National Herb Garden. I was especially fond of the little theme gardens, and my pooch took a special liking to the Beverage Garden (another gratuitous photo of my dog follows). 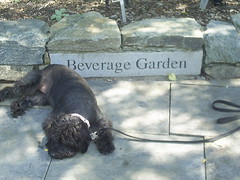 I also spent a lot of time in the Youth Garden. 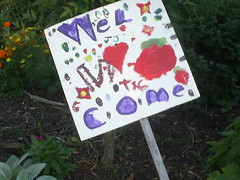 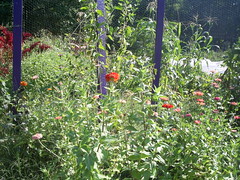 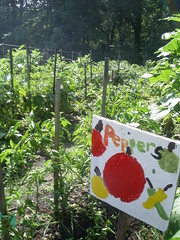 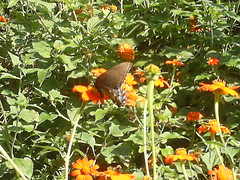 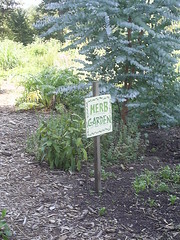 I was lucky enough to happen upon Chris, the Coordinator of the Youth Garden. He was kind enough to give my panting dog some water and to tell me a little bit about what goes on in the Youth Garden. I emailed him a few questions to learn more, and here’s what he had to say:

How did you get involved in the program? I actually started a children’s gardening program in college after interning at the Cook Student Organic Farm at Rutgers University for a few years. While there, I majored in Plant Science, minored in Biological Science Education, and received a certificate for Horticultural Therapy. Unfortunately, Rutgers made me graduate after four years, I needed a job, and was extremely lucky to find this position. It’s a dream job for me.

What is your role? My main role is to design, maintain, and to be the lead caretaker of our beautiful Washington Youth Garden. Luckily, I am blessed with a skeleton crew of extremely dedicated volunteers that help me a great deal in the garden. My other roles include teaching children about; organic agriculture and gardening, nature and their surrounding environment(s),nutrition, cooking, general safety and healthy lifestyles, and community building.

What do you find most rewarding? (It’s the watermelons, isn’t it?) The watermelons are very nice…But, seriously, there is nothing more rewarding than seeing the children that I try so hard to be a mentor for and to educate prove to me that they learned from what we at the WYG tried to teach and that they will benefit from it. For example, after our Seed to Supper, Summer camp program was finished for the season, one of the participants came back to the garden with his little sister and Aunt. He had harvested three bags of produce when nobody was there. I and the rest of the WYG staff were just returning from a meeting to find J’rome plundering a wide array of fruits and vegetables from individual family plots, communal plots, as well as his and his comrades Seed to Supper plot. While he was not supposed to harvest from anywhere other than the Seed to Supper plot, I was so thrilled that he came back to the garden on his own. All of his fruits and veggies were perfectly ripe and professionally picked. Except for the green tomatoes, in which his Aunt fries and they had wanted them for their dinner that night. I was speechless, I did have to explain to him how he really needs to ask me before he harvests anything from the communal plots and to definitely never harvest from the family plots. But, I also told him how happy I was to see him out in the garden utilizing what he learned from the program. He and his little sister helped me water and we all just had such a great time being with one another out in the garden. Our main goal at the Washington Youth Garden is to have our participants respect themselves and others, to be lifelong learners, take ownership of their lives and their daily decisions, and to be a healthy and happy agent of change in their communities. I feel like J’rome is on his way and it makes me proud.

Do you have a kick ass garden of your own somewhere? Haha… I actually have many trees and plants that I propagated at both of my parents houses in NJ. At their house on Long Beach Island, I did much of the landscaping and also used to plant up containers for organic vegetable growing. Now that I am not there as much, my mother and father have taken over the garden duties. Every time I go back home, we walk the grounds and I play plant doctor. I’ll tell ya, they are doing a great job! Here in DC, The Washington Youth Garden keeps my hands pretty full. However, my plant collection grows as we speak in my dark apartment the longer that I live here and the more horticulturalists that I befriend. I also helped my friend design and plant her medicinal herb garden at Tulsi Holistic Heath Center in Georgetown.

The WYG can always use volunteers and donations, and you can read about more ways to get involved over on their website.

So, between the National Grove of State Trees, the Azalea Collections, the Youth Garden, Fern Valley, the National Bonsai and Penjing Museum (no pets allowed, hence the picture taken from the door) and the acres and acres of other gardens and plantings to roam and gander at, even if you’re like me and not much of a horticulture buff, the Arboretum is a great way to spend a weekend afternoon in Northeast. 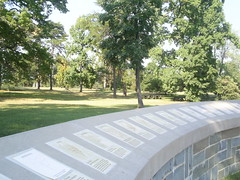 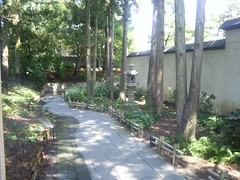 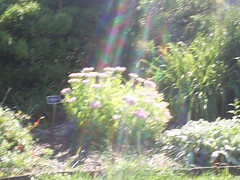