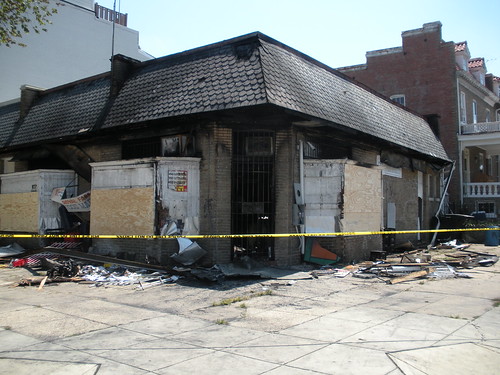 The City Paper tipped me off to this fire but they were thin on details so I did some investigating on my own. I cruised by yesterday and talked to a bunch of neighbors to see if I could piece together what happened. There are some facts and some speculation. First the facts. This fire took place late Friday evening (technically Saturday morning at around 2:30am). It took the fire department over an hour to get in because they had to file away the metal bars that surround the store. The store is pretty much a total loss.

Speculation. It appears that the owners lease the store so it wouldn’t make sense that the owners started it on their own. There has been trouble in this store in the past (most recently someone was chased inside and shot around a year and a half ago). So there was some speculation that it could have been set by some unsavory characters. That doesn’t seem likely as an eyewitness told me it appeared the fire was coming from the inside and not the outside. Additionally I’m told there were a number of old electrical coolers that could have malfunctioned so it seem quite possible it was simply an electrical fire. 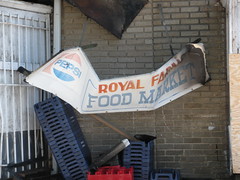