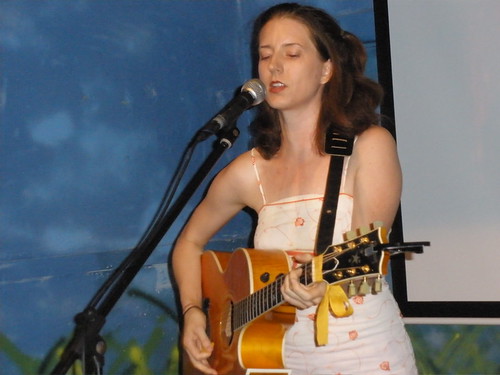 Bloombars’ entire feel could be summed up by the two people, both in their mid-twenties, of different ethnicities, standing together playing the guitar on the sidewalk out front. It was an impressive scene to see, even before I entered the small room that comprises the venue, which had people milling about observing the art hanging on the walls.

I was there to see the Makepeace Brothers, and get my first taste of what Bloombars was all about. Inside, upbeat Afro-Caribbean music almost seemed to marry with the stage, which appeared to me as an African jungle scene with a touch of exposed brick, as though DC was trying to break through.
There were three acts on Saturday night – impromptu performances by dedicated and inspired individuals who all left their mark that night in the shape of good vibes and camaraderie amongst the patrons, who were spilling out onto the sidewalk before the second set was through. Individuals (including myself) in the first few rows were sitting, whereas most others were standing. 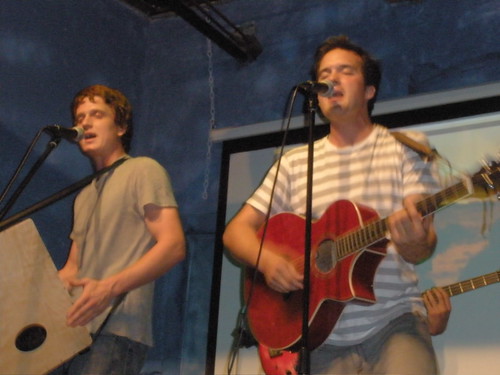 The owner of Bloombars, John Chambers, came up to me and introduced himself – it was something I then watched him do with a few of the other patrons he had not met. It really impressed me to see how many of the people at the venue he already knew, though – probably because he made it a point to meet everyone who had come through, making mental notes of faces and names. It’s a characteristic I hope to enjoy someday. Continues after the jump.

The first performer was a petite and attractive woman named Sarah Fridrich (www.sarahfridrich.com) who played a set on her acoustic guitar, frequently blowing people out of the room in torrents of frenzied air by her commanding voice. Her songs were honest and touching, usually politically driven and thought-provoking. By the time she left the stage, she had most everyone in the crowd feeling both invigorated and hopeful. 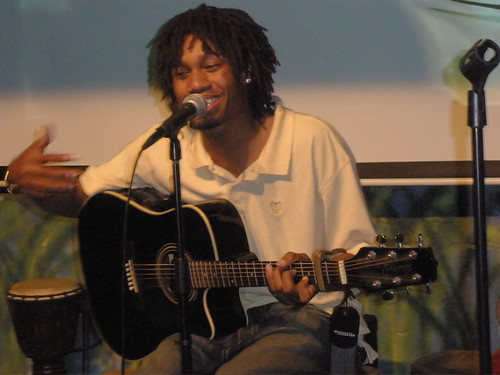 “Zim” was the next performer, a veteran at Bloombars, who had performed at every event that the venue has offered so far (that makes three.) His performance was not only positive but interactive, as he made connections with the audience by making eye contact with nearly everyone, from the girls cross-legged in the front row to the couple standing skeptically in the back. He played, on an acoustic guitar, strong and upbeat folk, which lay underneath his versatile voice, which often darted between singing passionately and rapping methodically.

And of course, the Makepeace Brothers, who recently just finished touring with Jason Mraz overseas. The three siblings each contribute their various talents to playing upbeat world music – one on the bass, one on percussion, another on vocals and the guitar. It did not take long before they had the audience dancing and singing along, with occasional games (“Would you rather…?”) and stories to keep the patrons involved.
Overall, my first experience at Bloombars was really a positive one. Chambers has put together a place that is not only fun but inspirational, an oasis of color to rejuvenate those who have become weary of every day living. I would definitely go back again for the next event, anxious to reload on good vibes, and, dare I say it, good energy. 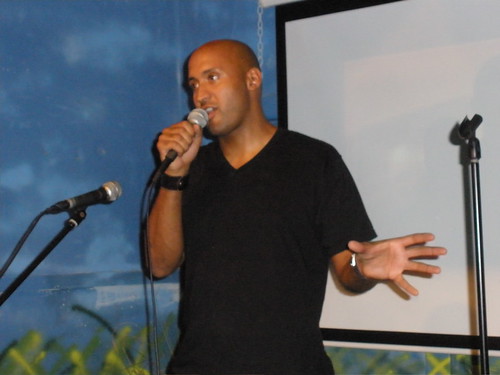 Read more →
More Stories
The Perfect Summer Drink and Snack Part 2Where is the Best Place to Play Pool in the City?