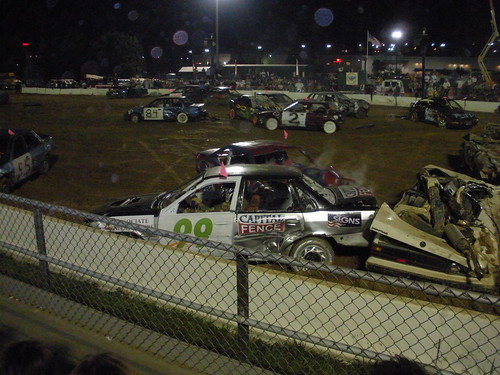 Holy cow this was awesome. (See post below for general overview of the fair.) I’d never been to an agricultural fair before and I certainly hadn’t been to a demolition derby before. It was awesome! I didn’t think I’d find it that interesting but once it started I was hooting and hollering like a life long fan.

It cost $8 to get into the fair and $12 to get into the derby. And it was worth every penny! The demolition derby consisted of three rounds where cars basically crash into each other until there is only one left running. There were some serious jaw clenching, yelping crashes. It always amazed me how cars were able to start up again after such violent crashes. And let me tell you, some of these drivers were seriously talented. There was some definite artistry involved.

I promise to give a heads up before next year’s fair. You don’t want to miss it! More photos of the derby after the jump. 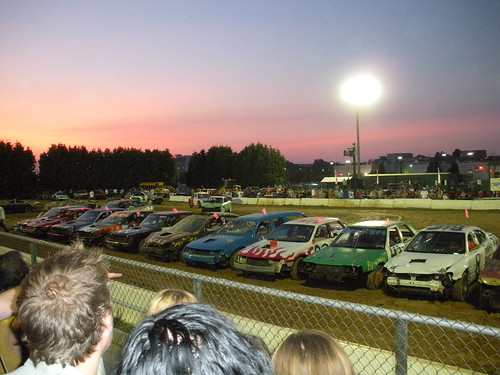 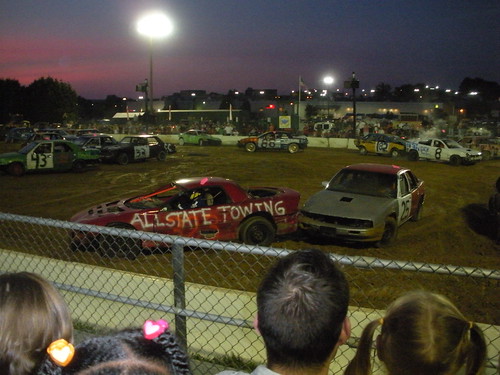 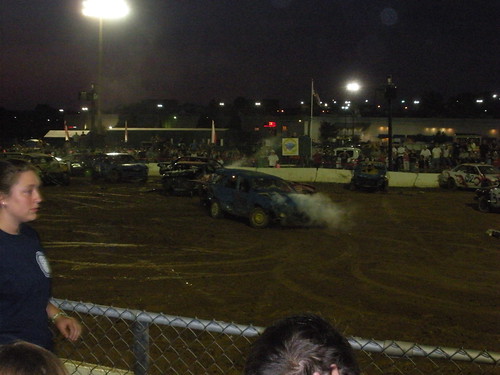