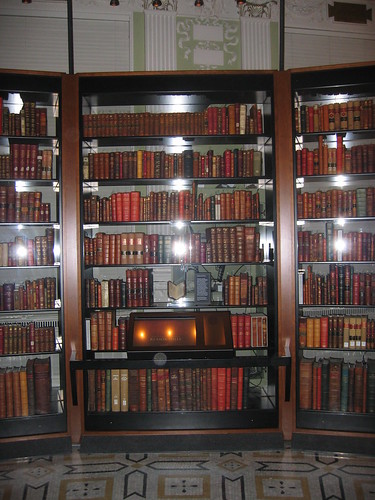 Personally, I though Thomas Jefferson’s Library was by far the coolest. The picture above is part of his Library. There are 6,487 volumes divided between History, Philosophy and Fine Arts. I spoke with the Chief of Rare Book and Special Collections, Mark Dimunation, who explained that in 1851 there was a fire that burned 2/3 of Jefferson’s Library. The surviving third are located in this exhibit. Additionally, the 2/3 that burned have been replaced with originals when possible. Dimunation explained that the original Jefferson books are distinguished by a green ribbon. It is also interesting to note that this collection is active and can be accessed by researchers. But what is really cool about this exhibit is the interactive feature. You can see a computer screen in the above photo (lots more photos after the jump) and at the computer you can pick any book in the collection and “turn” the pages and have foreign volumes translated. It is super cool.

Sneak Peek continues after the jump with lots more photos. 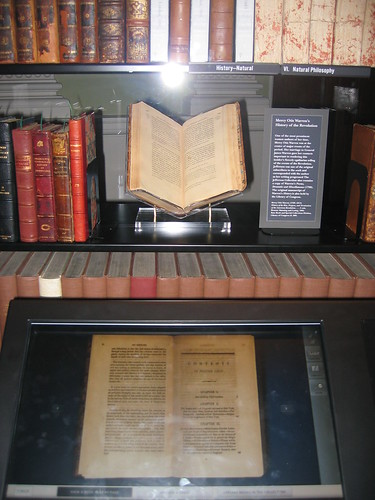 Above you can see a close up of a book on an interactive computer screen with the real book above it. 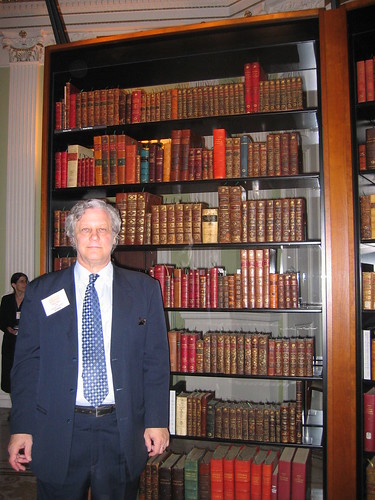 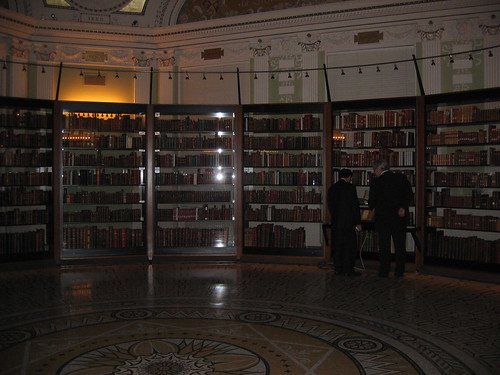 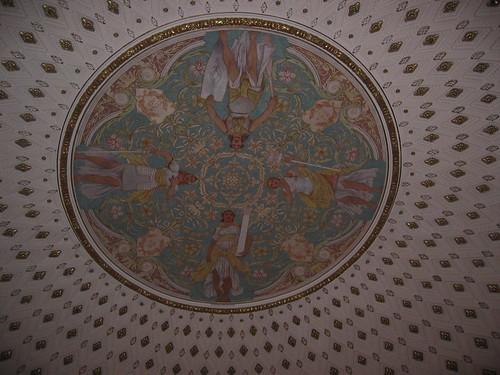 Ceiling above the Jefferson Library. Breathtaking? 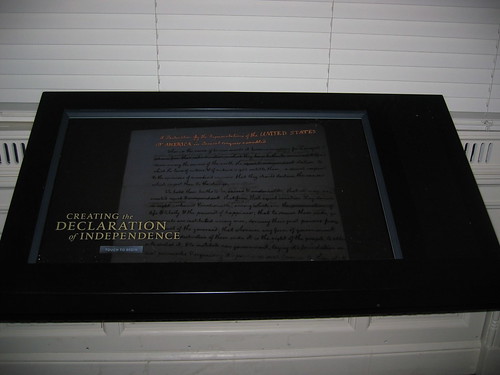 Declaration of Independence Interactive Computer Screen from the Creating the United States exhibit. 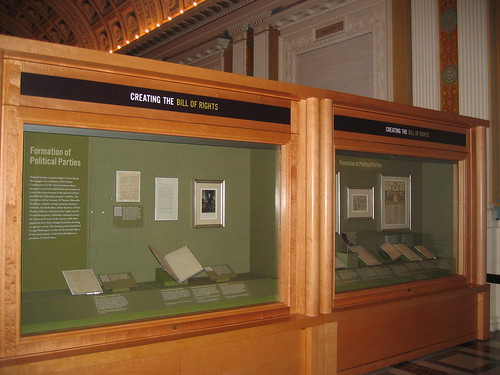 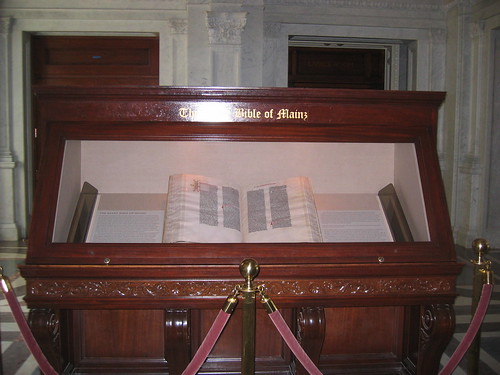 The bible of Mainz from The Art and Architecture of the Thomas Jefferson Building in the Great Hall. 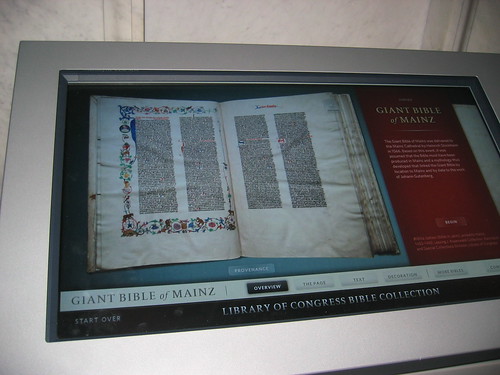 Interactive Computer Screen of the bible of Mainz. Additionally in this section you can find The Gutenberg Bible, one of only three perfect copies in the world. I couldn’t take a picture because off the flash.

The bottom line is that these exhibits are top notch and next time you are on the Hill it is well worth a trip inside, especially for Thomas Jefferson’s Library!

Thanks to Craig for sending: “These are the movie posters outside closed AMC theatre at Mazza Gallery. These were the last movies shown before the pandemic.