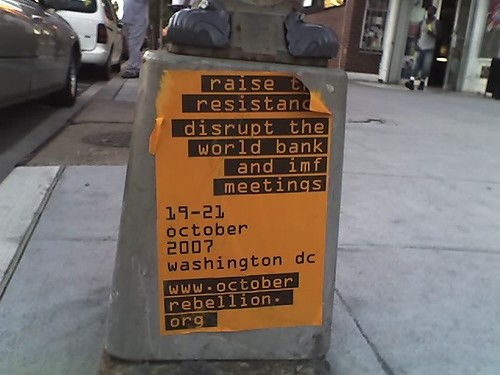 Another Revolution, originally uploaded by Prince of Petworth.

Well we have another revolution on our hands. As I passed this sign it reminded me of a great diatribe I heard from Bono at a U2 concert (recorded). So allow me my own diatribe inspired by Bono. (Ed note: when you read the following lines you have to do it with an Irish brogue.)