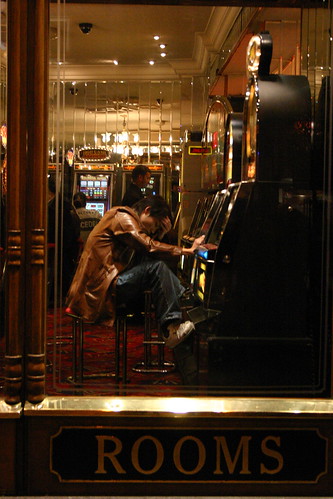 Good lord, I know this is going to get me in trouble but I observe, that is what I do. Anyway, I’ve been frequenting “Bless 7 to 9 Market” on 5th and Sherman and something struck me that wasn’t related to the food and beverage selection. By the by, they continue to stock 2% milk which is fantastic. Anyway, almost every time I visit there is a customer in front of me purchasing large numbers of lottery tickets. And by large I mean over 10 bucks worth. And, I just have to say it seems crazy to me. And then I talked it over with a friend who mentioned the history of running numbers in the city. So I looked it up on Wikipedia, which said:

“The Numbers Game or Policy Racket is an illegal lottery played mostly in poor neighborhoods in U.S. cities, wherein the bettor attempts to pick three or four digits to match those that will be randomly drawn the following day. The gambler places his or her bet with a bookie at a tavern, or other semi-private place that acts as a betting parlor. A runner carries the money and betting slips between the betting parlors and the headquarters, called a “numbers bank” or “policy bank”. The name “policy” is from a similarity to cheap insurance, both seen as a gamble on the future. “