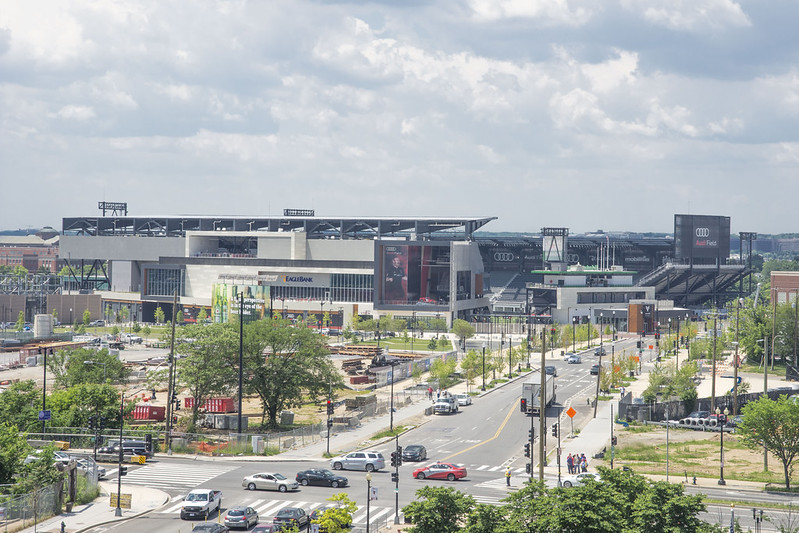 From the Washington Spirit:

“The Washington Spirit will begin playing all home games at Audi Field in 2023, the club announced today. The District’s Navy Yard will now be the exclusive home of the Spirit after the club agreed to a multiyear agreement with D.C. United.

The full-time shift to Audi Field is the latest marker of a new era for the club under majority owner Michele Kang’s leadership. On the field, the Spirit has recently hired top executives such as Mark Krikorian as President of Soccer Operations, Mark Parsons as Head Coach and Dawn Scott as the Senior Director of Performance, Medical and Innovation. Similar changes are occurring off the field with the Spirit naming Emma May as President of Business Operations in September.

“The opportunity to play all our home games at Audi Field shows the continued commitment Michele has made to making this club the best,” said Mark Krikorian. “The state-of-the-art Audi Field will allow our athletes to perform at the highest level and produce the best results possible. It is one of the best professional soccer stadiums in the country and it is where our club belongs. We are looking to dominate in the District.”

The club will also make investments to significantly enhance matchday fan experience at Audi. “We will have a dynamic product on the pitch and our in-stadium fan experience will be second to none. We are adding new benefits for season ticket members, more pre-match activities and elevated match presentations just to name a few,” said Emma May.

Since beginning play in 2013, the Spirit has played matches at various venues around the Washington area, including Segra Field in Leesburg and the Maryland SoccerPlex in Boyds. The Spirit played its first match at Audi Field in August 2018. In 2019, the club hosted two matches at Audi Field in the wake of the U.S. Women’s National Team’s second consecutive World Cup championship and set new club attendance records as both matches drew more than 17,000 fans. In 2021 and 2022, Washington began playing just more than half of its home matches at the venue.

Loudoun County remains an important location for the Spirit beyond serving as its part-time home for the last three years. The Spirit will continue to practice at the United Performance Center in Leesburg and will engage with its fans with special events and build on its established presence at community events throughout Northern Virginia. Spirit account representatives will contact Northern Virginia members to discuss the 2023 season at Audi Field.”

“The Washington Spirit has struck a deal with D.C. United to play all of its home matches at Audi Field…The sides reached a multiyear deal that includes all regular season matches, potential playoff games and the early-season Challenge Cup for a minimum of 14 home dates“