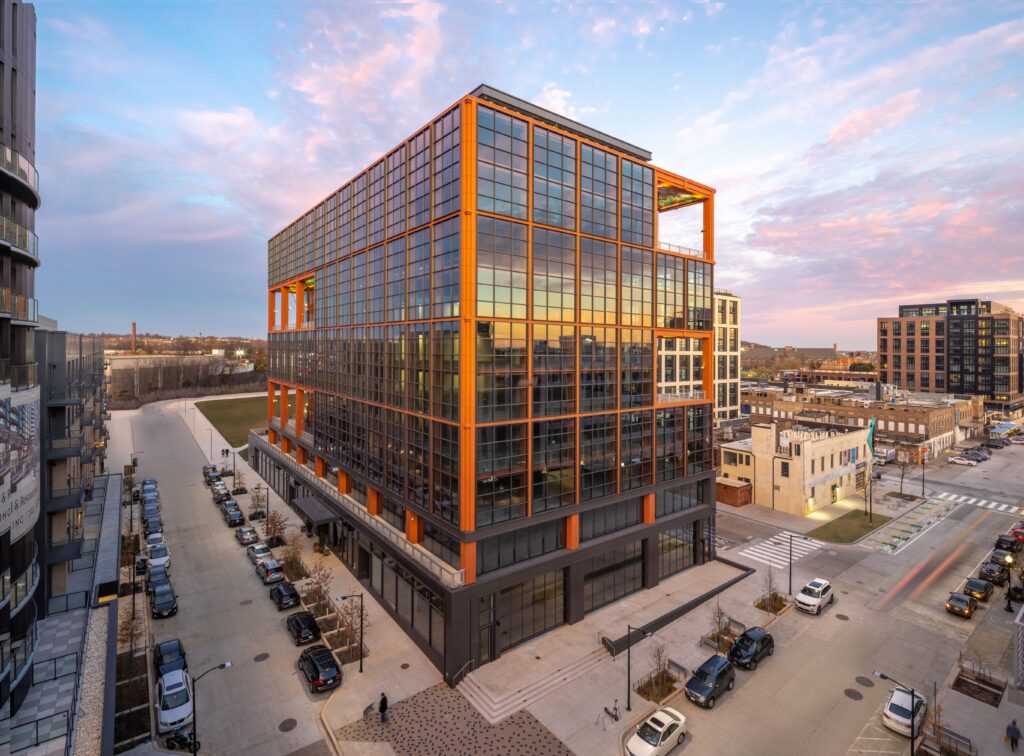 TikTok will occupy the second and third floors, as well as a portion of the ground floor of the building. NeighborWorks will occupy the fifth and sixth floors. Industrious will operate their flexible office concept on the seventh floor.

STARR Restaurant Group (STARR) will occupy the entire south bay, ground floor retail space, which opens to a spacious patio alongside Morse Street. STARR anticipates opening in the first quarter of 2023. STARR is revered and highly rewarded for its visionary and creative multi-concept restaurants, located in Washington D.C., Philadelphia, New York, Florida, and Paris. Stephen Starr, the owner, has solidified a name for himself in the District with restaurants Le Diplomat on 14th Street and St. Anselm, also located in the Union Market District.

“We are incredibly excited to be opening another restaurant in the thriving Union Market District. The community immediately embraced St. Anselm and made us feel right at home. Signal House is an extraordinary property and will perfectly showcase a unique STARR concept. We are thrilled to be a part of the continued growth of the neighborhood and give diners something to look forward to,” said Stephen Starr.

“Signal House is one of the most unique office spaces in Washington, D.C. and reflects the energy of Union Market. From inspirational, hand-painted murals to a penthouse outfitted with unexpected amenities, and future place-making retail, Signal House is a true D.C. destination. We are thrilled to welcome TikTok, Industrious and NeighborWorks to Signal House and provide them with our signature Carr Experience,” said Oliver Carr, CEO of Carr Properties.

Read more →
More Stories
Random Reader Rant and/or RevelAlso, it snowed again! And there is apparently no lettuce anywhere.