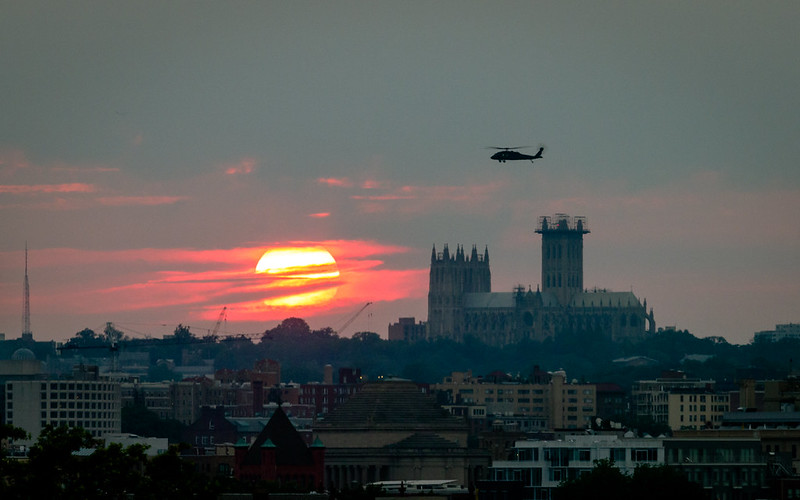 From the National Cathedral:

“The funeral of former Sen. Bob Dole will be held at Washington National Cathedral on Friday, December 10 at 11 a.m. ET. Sen. Dole served for decades in Congress, both as a Senator and House member representing his home state of Kansas, after being severely wounded in combat in World War II. He was the Republican party’s Vice Presidential nominee in the 1976 election and Presidential nominee in the 1996 election. During his tenure, he also served for three years as Senate Majority Leader. Sen. Dole died on December 5, 2021; he was 98. The service will be attended by President Biden and other dignitaries.

“Throughout his life, Sen. Dole exemplified the highest virtues we as a nation can ask of our public servants: heroism in the face of danger, the courage of his convictions, and the willingness to do what is right, even when it isn’t easy,” said The Very Rev. Randolph Marshall Hollerith, dean of Washington National Cathedral. “His military and Congressional record are long and storied, but perhaps what distinguished him most was the impact he had on those around him, inspiring them to lead through the power of his example. He will be deeply missed, both by his loved ones and the nation he so dutifully represented through a lifetime of service.”

Born in Russell, Kansas, Dole enlisted in the Army and was later assigned to the 10th Mountain Division in 1942 to fight in World War II. He was severely wounded in Italy, receiving two Purple Hearts for his injuries, and the Bronze Star with “V” Device for valor. After recovering from his wounds, Dole was elected to the Kansas House of Representatives and served as the County Attorney of his native Russell County.

In 1960, he was elected to represent Kansas in the U.S. House of Representatives, where he served until 1969. That year, he was elected U.S. Senator from Kansas, a position he held until his voluntary retirement in 1996. During his Senate tenure, Dole served as Republican Leader of the Senate, Senate Majority Leader, Senate Minority Leader, Chair of the Senate Finance Committee, and Chair of the Republican National Committee. He is survived by his wife, former Sen. Elizabeth Dole, and his daughter, Robin.

The funeral of Sen. Dole will not be open to the public, and only those with tickets will be authorized to attend. All safety measures will be followed to ensure the health of the staff and guests in attendance. Members of the press must register at this link to request press credentials in order to be considered for access to the funeral service. Additional information about the legacy of Sen. Dole and public memorial events can be found at robertdole.org.”