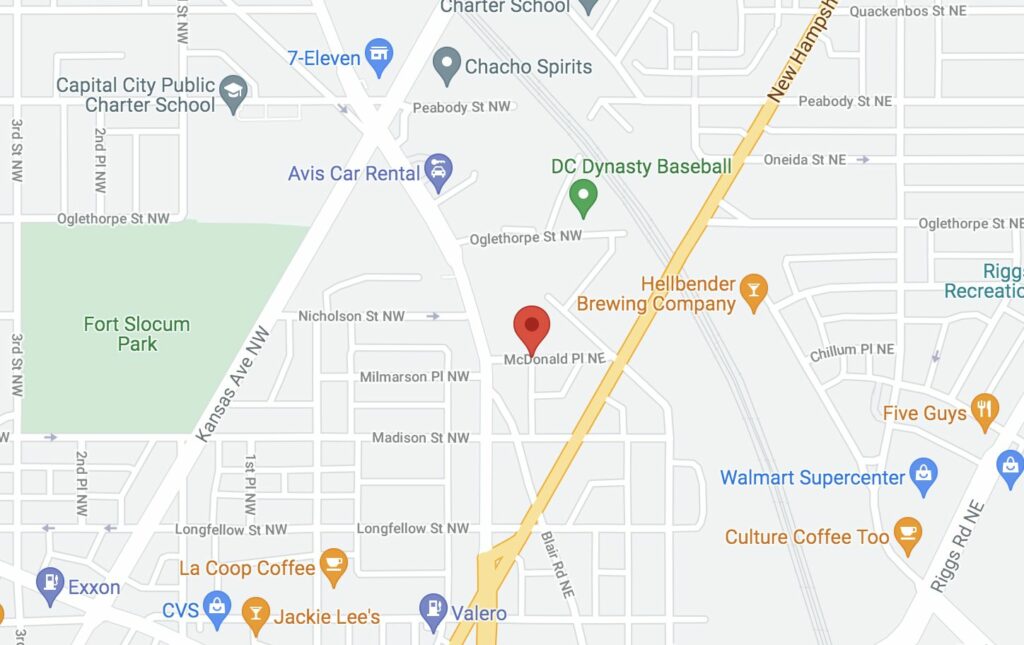 Multiple messages about the large police presence spotted yesterday: “What is happening on Kansas ave by Missouri?!?!?!? It’s insane here with traffic on every street!”

“Agents from the Force Investigation Team of the Metropolitan Police Department’s (MPD) Internal Affairs Bureau are investigating an MPD officer involved shooting that occurred on Tuesday, October 5, 2021, inside of a residence in the unit block of McDonald Place, Northeast.

The preliminary investigation has revealed that at approximately 12:09 pm, uniformed patrol officers from the Fourth District were dispatched to the unit block of McDonald Place, Northeast, for the report of an aggravated assault.

Officers made contact with a male subject at the residence who was in possession of a large knife and retrieved what appeared to be a handgun. The male subject retreated into the house and into the basement. The subject refused to leave the basement, subsequently, an MPD official declared a barricade. Crisis Intervention Officers, along with members of the Department of Behavioral Health, were in communication with the individual for several hours in an attempt to deescalate the situation. During the negotiations, the subject lit an accelerant on fire on the basement steps, prompting members of the Emergency Response Team to enter the basement. Upon entering, the suspect brandished a handgun and fired it at the officers. One of the officers discharged their firearm, striking the male subject. DC Fire and Emergency Medical Services responded to the scene and transported the male subject to a local area hospital for treatment of serious injuries.

On Tuesday, October 5, 2021, 25 year-old Jaron Wimbish of Northeast, DC, was arrested and charged with Assault on a Police Officer While Armed, Assault with a Dangerous Weapon, and Arson.

Recovered from the basement of the residence was a paintball gun and a large knife. 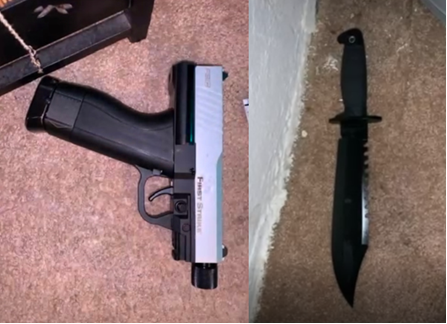 The MPD members involved have been placed on administrative leave, pursuant to MPD policy. Body worn camera footage from this incident is currently under review.