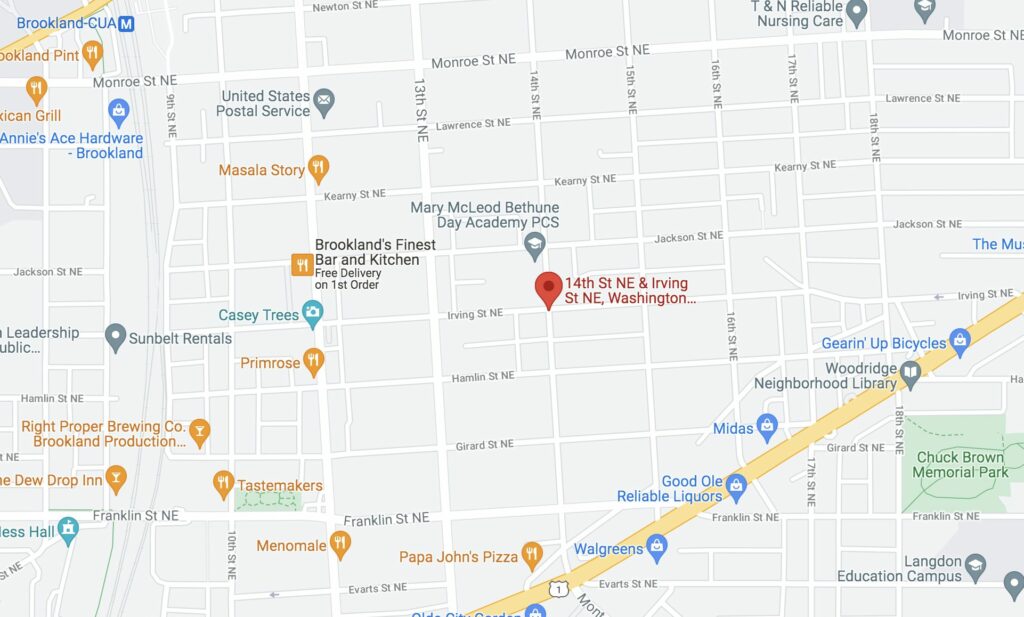 “Detectives with the Metropolitan Police Department’s Major Crash Investigations Unit are investigating a traffic fatality resulting from a traffic crash that occurred on Monday, September 13, 2021, at the intersection of 14th and Irving Streets, Northeast

The preliminary investigation revealed that at approximately 6:55 pm, the operator of a Royal Cab Transit van was travelling eastbound on Irving Street, Northeast and was proceeding through a stop sign after coming to a complete stop. As the operator pulled off from the stop sign, a juvenile female, who was riding her bicycle was unable to stop her bicycle and entered the intersection into the path of the moving vehicle.

The operator struck the victim then immediately came to a stop and remained on scene. DC Fire and Emergency Medical Services responded to the scene and after all life-saving efforts failed, the victim was pronounced dead.

The decedent has been identified as 5 year-old Allison Hart, of Northeast, DC.

Dear PoPville, metro, What the Helen of Troy is This

Read more →
More Stories
“Haven’t been able to drive to work the past two days because of this.”“Does anyone in the community know of organized efforts to show up in large numbers to peacefully send this message?”