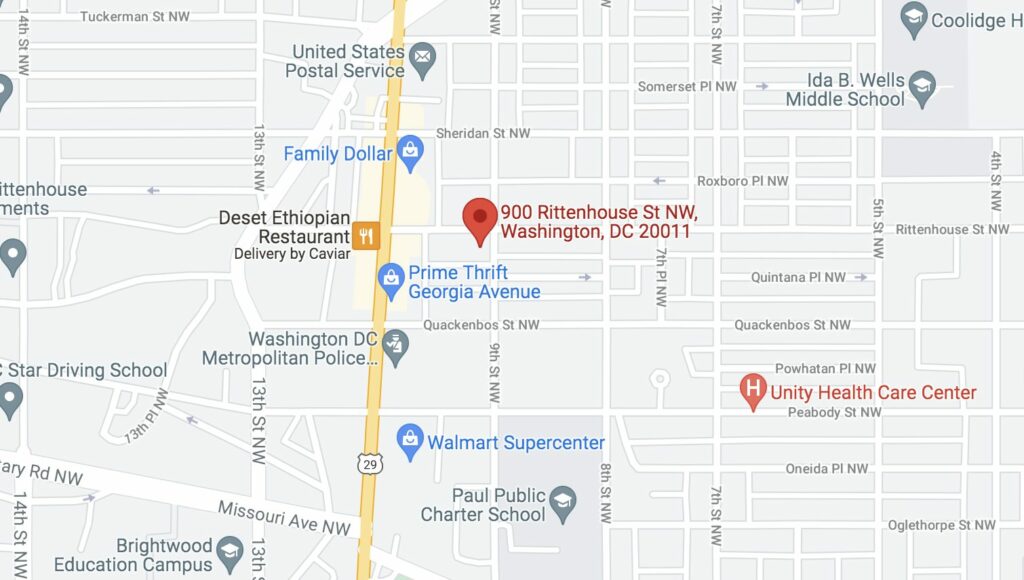 Readers started reporting around 12:30am: “Definitely heard some gunshots, sirens, and now a police helicopter here in Brightwood”

“On September 3, 2021 at approximately 12:09 am the Fourth District was working a shooting in the 900 block of Rittenhouse Street NW. Two adults suffered gunshot wounds to their body and were taken to a local hospital. The case is being investigated by the Violent Crime Branch. Also while on the scene the Fourth District members place an individual under arrest for carry a pistol without a license. If you have any information please contact 2027279099″

At approximately 12:07 am, members of the Fourth District responded to the 900 block of Rittenhouse Street, Northwest for the sounds of gunshots. Upon arrival, officers located two adult male victims suffering from gunshot wounds. As officers were rendering aid to the victims, a male suspect fled the scene, at a high rate of speed, in a red Kia. MPD officers attempted to stop the suspect’s vehicle unsuccessfully. The vehicle struck a marked MPD cruiser then ultimately stopped when it struck multiple parked vehicles in the 6300 block of 9th Street, Northwest, causing the vehicle to overturn. Officers approached the overturned vehicle and directed the suspect to exit. Officers observed the suspect brandish a firearm from inside the vehicle. After the suspect ignored multiple commands from MPD members to drop the weapon, an officer discharged their firearm, striking the suspect. Officers secured the suspect and the firearm, and then provided medical assistance. The armed suspect was transported to an area hospital for treatment of non-life threatening injuries.

DC Fire and Emergency Medical Services responded to the 900 block of Rittenhouse Street, Northwest, and after finding no signs consistent with life, he was pronounced on the scene until being transported to the Office of the Chief Medical Examiner. The

The decedent has been identified as 65 year-old Eyon Falby, of Northwest, DC.

The suspect’s firearm, which was reported stolen in June of 2021 from Landover, Maryland, was recovered on the scene and is pictured below: 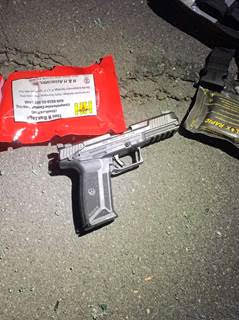 As a result of the investigation, 30 year-old Daron Barnes, of Northwest, DC, was arrested and charged with Assault on a Police Officer (Aggravated Assault), Carrying a Pistol Without a License, Felon in Possession, Fleeing From a Law Enforcement Officer in a Motor Vehicle, Possession of Unregistered Ammunition, Leaving After Colliding and Receiving Stolen Property. Barnes was also wanted on an outstanding arrest warrant for a domestic violence assault that occurred on August 18, 2021, inside of a residence, in the 2500 block of 14th Street, Northeast. 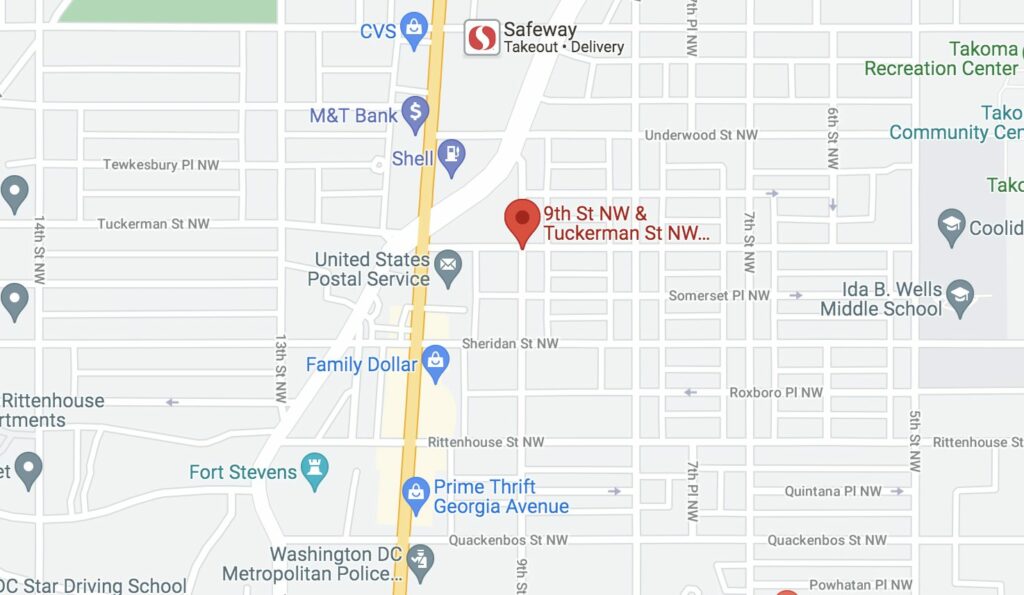