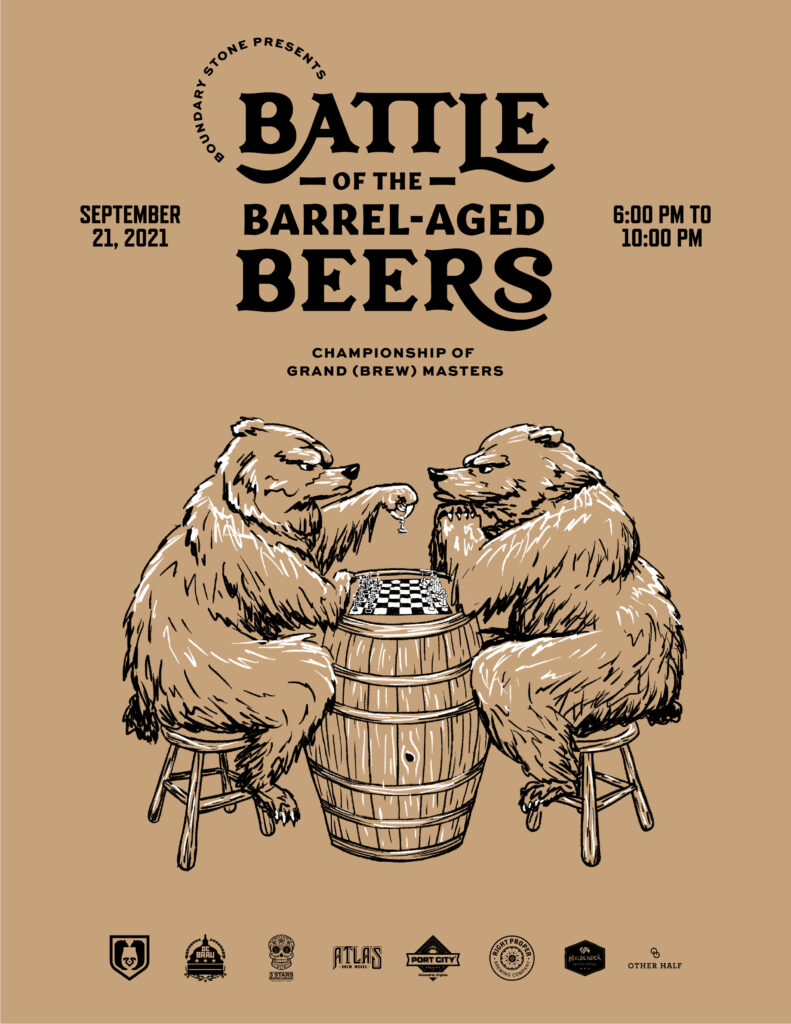 “Boundary Stone’s Battle of the Barrel-Aged Beer has been announced for Tuesday, September 21, 2021, from 5 pm to 10 pm. A limited number of in-person and virtual tickets are now available at BoundaryStoneDC.com A Covid-19 vaccination is required to attend the in-person event.

Tickets for the event will be $45 in advance and can be purchased online at boundarystonedc.com. Each ticket for the in-person event includes a four-ounce taster of each beer, a pint of Port City (last year’s winner), and a vote in the contest. Capacity will be limited and proof of vaccination will be required.

Special guests will include brewers and representatives from all competing breweries, as well as local celebrity judges. In addition to selecting the style or barrel type for next year’s competition, the winner will receive a dedicated tap line at Boundary Stone, a special Battle of the Barrel-Aged Beer trophy, and bragging rights until next year’s DC Beer Week! Tickets are on sale now for $45 and can be purchased at boundarystonedc.com.

Virtual Battle of the Barrel-Aged Beer 2021 for two!

Guests with virtual tickets can pick up their barrel-aged beer crowlers and SWAG bags at Boundary Stone, 116 Rhode Island Ave NW on Monday, September 20th from 12 pm – 9 pm, or Tuesday, September 21st from 12 pm to 5 pm.

The eighth annual Battle of the Barrel-Aged Beer competition is sponsored by General Design Co.”