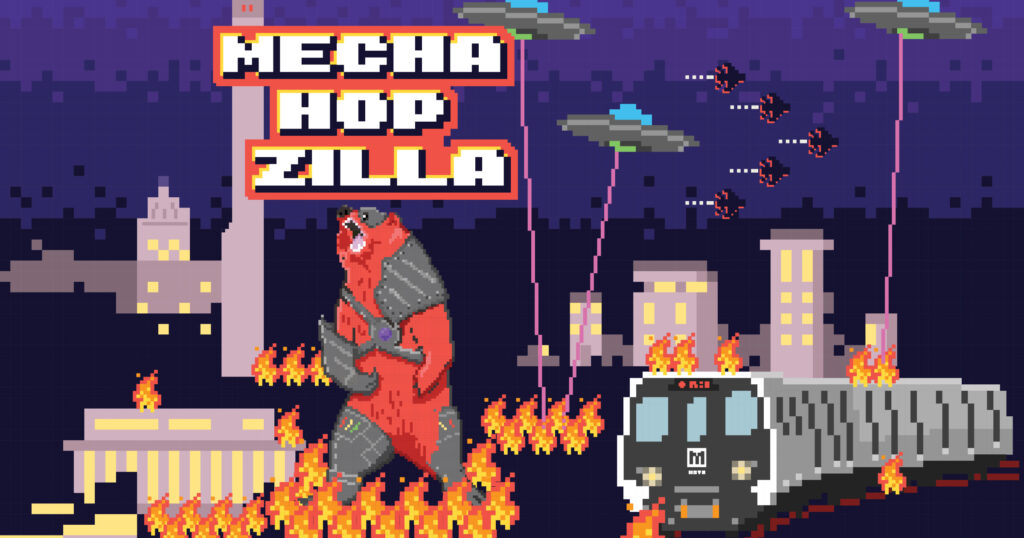 Set to debut on Awesome Con’s opening day, Red Bear Brewing Co. is releasing the exclusive 12 oz. can for IPA lovers to sip on. “Mecha Hopzilla” is a quenching brew distilled with the season’s vibrant flavors including hints of kumquat, orange and papaya–revealing a fruitful oasis in every sip. The Awesome Con and Red Bear Brewing Co.’s artwork features a pixelated picturesque digital illustration of the ferocious red bear in the digitized, but flaming Washington, D.C. Artwork demonstrates a video-game like perspective of the city with the train and Monument in the far background.