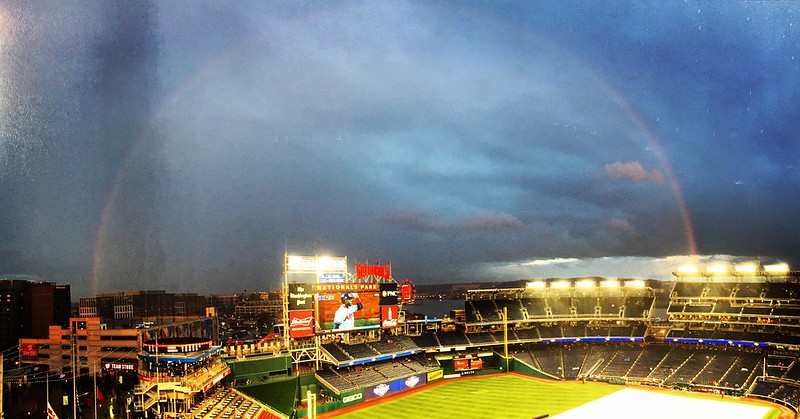 “The Washington Nationals will celebrate Opening Day and their first home game of the 2021 season on Thursday, April 1 when the team hosts the New York Mets. The game will be aired exclusively on ESPN, with first pitch scheduled for 7:09 p.m. ET. The game will also be broadcasted on 106.7 The Fan FM.

In accordance with CDC recommendations and MLB protocols, the Nationals will implement appropriate social distancing and safety measures that will allow Nationals Park to host 5,000 fans on Opening Day. Discussions have already begun with officials from the District about increasing capacity for the second homestand, which begins April 15.

Tickets for all Nationals home games in April are sold out at the current limited capacity. If capacity numbers increase and tickets become available, the Nationals will announce how fans will be able to purchase those tickets. For more information, please visit nationals.com/Tickets2021.

The Nationals want fans to enjoy the entirety of the Opening Day experience, and are encouraging fans to plan ahead and familiarize themselves with the new health and safety protocols in place at the ballpark.  All fans attending games this year should review the information available at nationals.com/WelcomeHome and download the MLB Ballpark App before heading to Nationals Park.

Throughout the season, ALL Nationals Park gates will open two hours prior to first pitch (5:00 p.m. on Opening Day). Fans must enter the color-designated gate that corresponds with their ticket. Those who require an ADA compatible entrance may enter through the closest available ADA compliant gate, regardless if it does not match the gate assignment on their ticket.

All fans attending games at Nationals Park during Opening Week are encouraged to wear red to show their support as the team begins their 2021 season.

The 2021 Opening Day pregame ceremony will include:

The Opening Day in-game elements will include:

o   Other honorees include:

Gate and Home Plate Gate for fans to store unapproved bags outside the ballpark.

Nationals have installed new MERV-13 air filters within indoor spaces, as well as Plexiglas and other suitable dividers in areas where significant face-to-face interaction occurs.