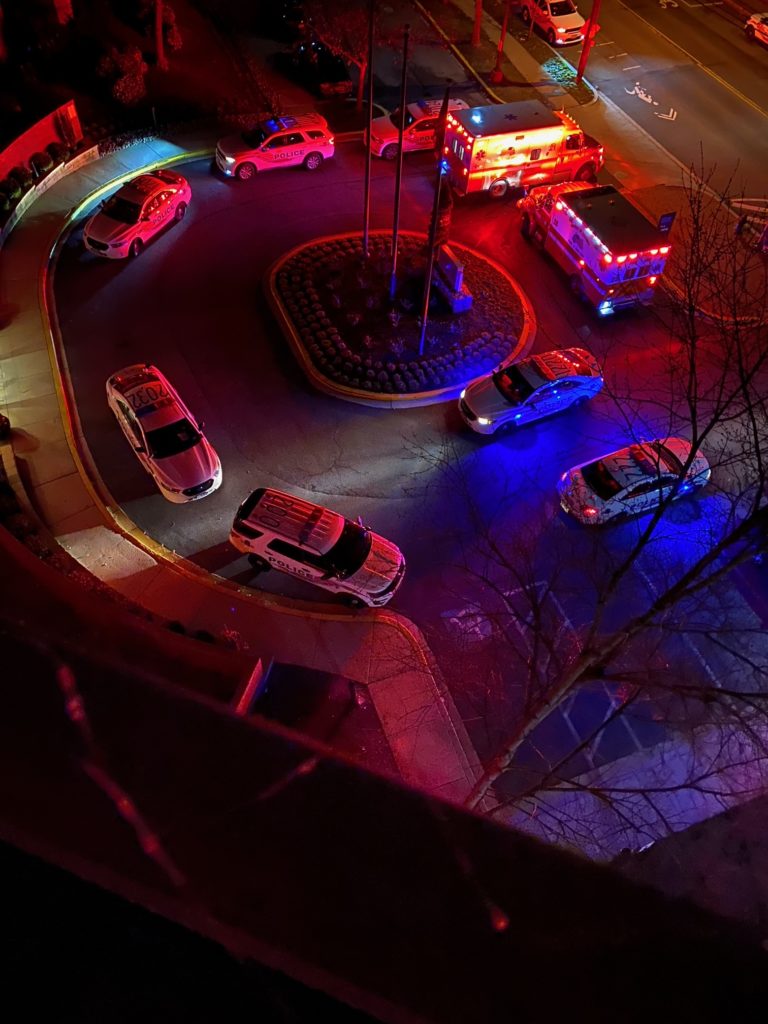 “At approximately 1:15 am, MPD responded to a residential building in the 2500 block of Porter Street, NW, for the report for a Burglary. Upon arrival, officers learned that the suspect had gained entry into two occupied residences in the building.

In one of the offenses, the suspect sexually assaulted a female victim. The suspect attempted to evade apprehension by going to the roof of the building and hanging over the ledge. The suspect fell from the building and was pronounced dead on the scene. This case remains under active investigation. Anyone with information should call 202-727-9099 or text 50411.”