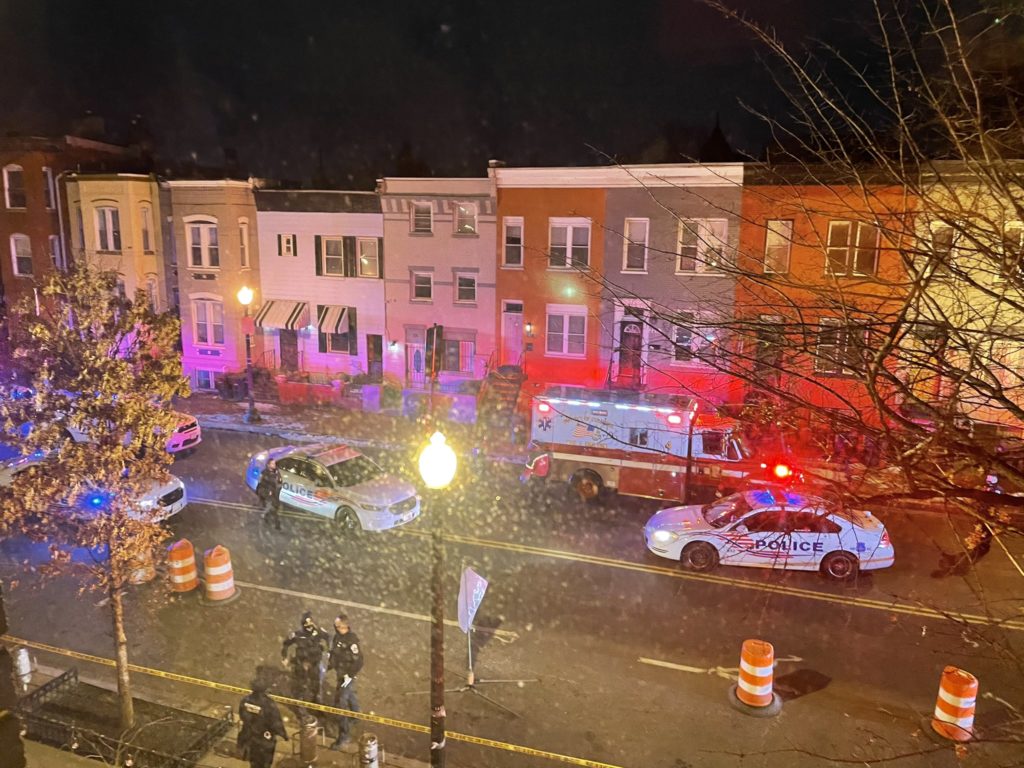 “Agents from the Metropolitan Police Department’s (MPD) Internal Affairs Bureau are investigating an officer involved shooting that occurred on Friday, February 5, 2021, in the 200 block of Florida Avenue, Northwest.

At approximately 2:27 am, uniformed patrol officers from the Third District responded to the area of 2nd Street and Rhode Island Avenue, NW for the report of an assault. Upon arrival, officers learned that the victim was assaulted, pistol-whipped, and robbed at gunpoint.

A short time later, officers encountered the armed suspect in the 200 block of Florida Avenue NW. After the suspect refused to follow numerous commands, two officers discharged their firearms, striking the suspect. Officers rendered first aid until the arrival of DC Fire and Emergency Medical Services. The suspect was transported to an area hospital for treatment of non-life threatening injuries.

The suspect’s firearm was recovered and is pictured below:

On Friday, February 5, 2021, 58 year-old Antonio Garnes, of Northwest, DC, was arrested and charged with Armed Robbery (Gun), Assault with a Dangerous Weapon (Gun) and Possession of a BB Gun.

The MPD members involved have been placed on administrative leave, pursuant to MPD policy. Responding officers activated their body worn cameras. That footage is currently under review.