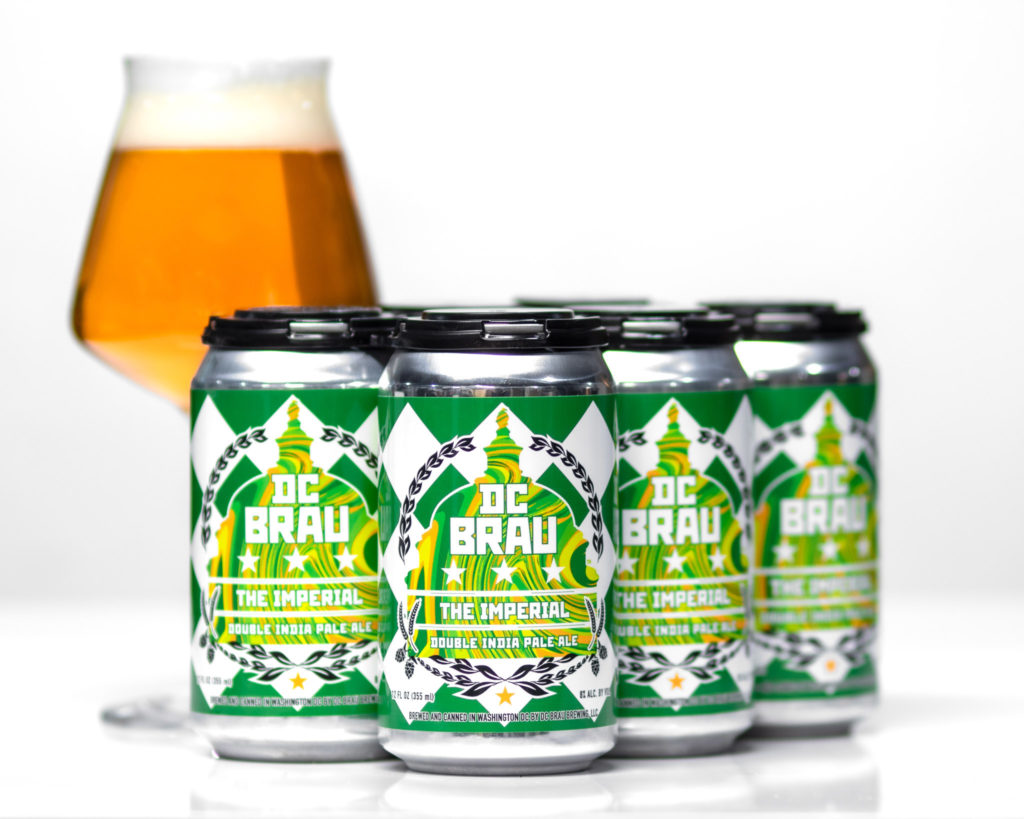 “DC Brau is adding a new hoppy ale to its award-winning line-up of flagship craft beer this month with The Imperial, a hybrid Double IPA that crosses a New England-style Hazy IPA and a filtered American IPA for a unique drinking experience. The Imperial enters the market starting January 27th via the brewery’s online store and retail distribution.

“Imperial IPAs have been a favorite style of ours throughout the years — from On the Wings of Armageddon to Alpha Domina Mellis to Space Reaper, but they’ve always been seasonal offerings,” says Co-Founder & CEO Brandon Skall. “We’re excited to finally have a unique DIPA to stand alongside our flagships The Corruption, The Public, Joint Resolution, and Brau Pils all year long.”

“We’ve worked hard in the DC Brau innovation lab to create an Imperial IPA that plays to the discerning tastes and palates of the 21st century IPA and hop enthusiasts who want more aroma-forward offerings.” says Co-Founder & Brewmaster Jeff Hancock.

DC Brau’s new flagship DIPA will be available in six-packs of 12-ounce cans via the brewery’s website (dcbrau.com/order) for curbside pick-up and delivery within the District or through your favorite craft beer retailer and restaurants throughout the region starting Wednesday, January 27th. The Imperial is priced in line with other core flagship beers from the brewery at $11.99 per six-pack.”