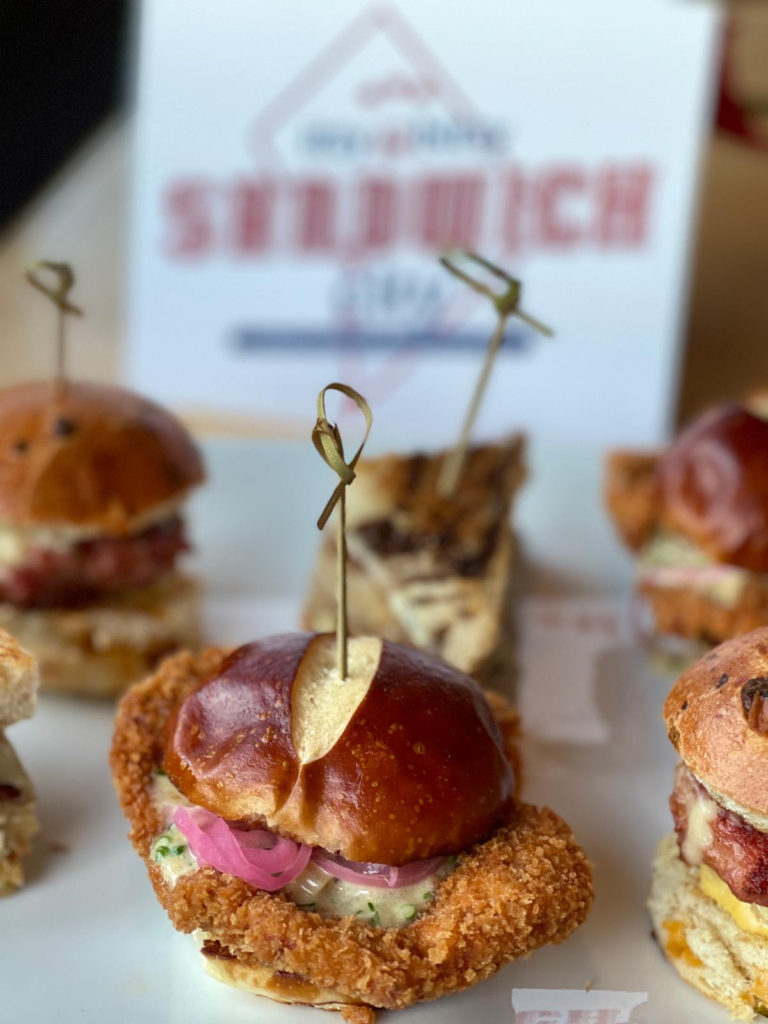 “The pandemic has forced restaurants around the world to get creative, offer customers the food and drink they’re really craving, and keep their communities as safe as possible. The Imperial (2001 18th Street, NW), Adams Morgan dining destination which opened just months before COVID hit to an already impressive list of accolades and acclaim, is doing all of the above, by introducing a new takeout-only ghost kitchen pop-up called “Itty Bitty Sandwich City.” The playful pop-up is a casual diversion from its regular dinner menu, offering more than a dozen creative, affordable mini sandwiches, pie bites & bottled cocktails, launching on Wednesday, December 16.

Executive Sous Chef Chris Reynolds has masterminded 12 slider-sized sandos, each available in 3/6/12 portions. Offerings range from nostalgic and approachable (such as a Filet O-Fish-inspired IPA-battered cod, and crispy onion straw-topped sloppy joe), to funky and creative (like the chili maple-drizzled fried chicken on herb waffles, and vegetarian Buffalo’d Cauliflower Po’boy), to more high-brow (like four-bite Beef Wellington pockets, and mini Connecticut-style Lobster Rolls). Sandwiches are priced affordably between $2.66-$6 each. The full menu can be found here. 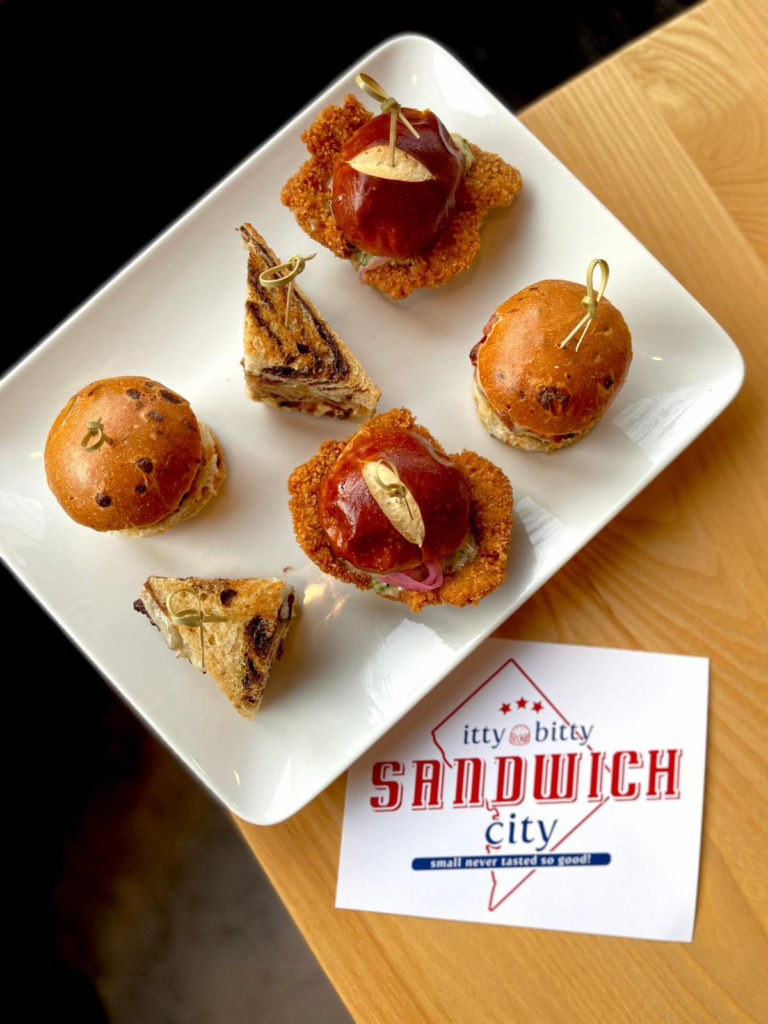 To pair with the sandwiches and sides, Itty Bity Sandwich City is keeping with the theme of quality but affordability, offering $12 cocktails (bottled in 12oz sizes, which serve 2, making them just $6 per drink) from cocktail director Andy Bixby, such as The Imperial’s beloved Spanish-style G&T, a simply “Good Ol’Fashioned,” a carbonated low-ABV and fortified wine-based “Sham-Wowsco!” and a holiday-inspired “MuleTide Grog.”

“The inspiration for this pop-up actually came about more than 17 years ago, in 2003, from a special menu we offered at our original concept Bourbon in Glover Park,” says co-owner Steve King. “We created a mini-sandwich promo which focused on fun, comfort, and nostalgia; taking our favorite, classic sandwiches we grew up with, creatively made for the current time. With everything happening in the world at the moment, we think this is perfectly needed right now – little bites of fun and comfort.”

Itty Bitty Sandwich City will have its own website (www.ittybittysandwichcity.com) going live on 12/13, which will feature the full menu, links to order online and more. The menu will only be available for pick-up via Tock, and take-out and delivery via Doordash and Caviar every Wednesday-Saturday from 4pm-11:30pm, and Sunday from 12pm-8pm.

The Imperial will also continue operating with its regular dine-in menu for on-site dining on its heated and tented rooftop terrace and indoor dining room, and take-out and delivery.” 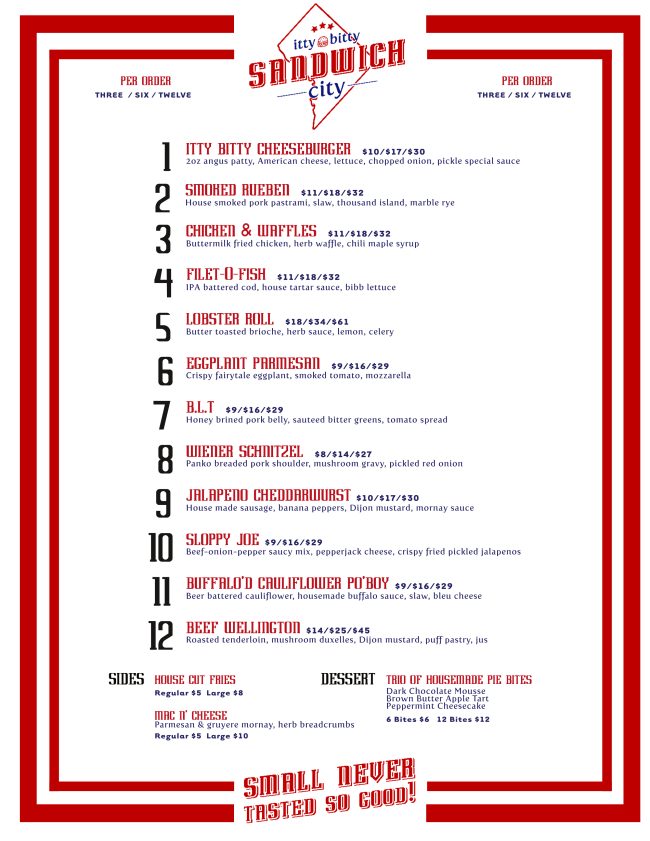 More Stories
Sadly, “Not an urban legend!!”Shots Fired in Petworth around 11:30am