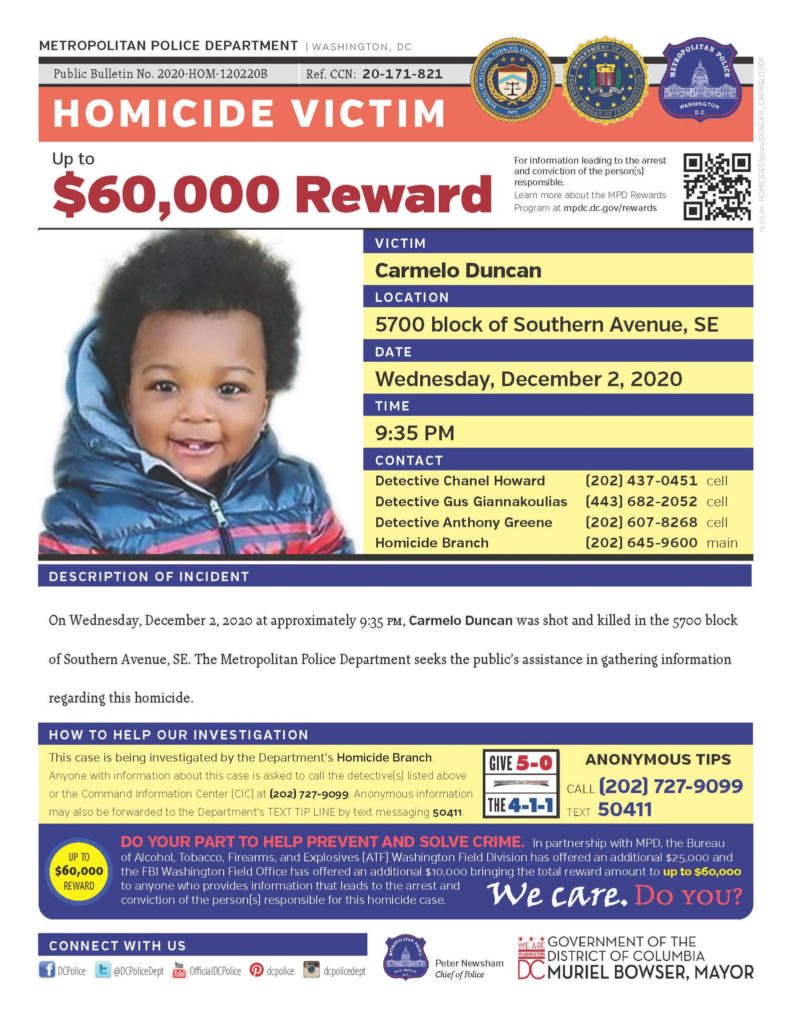 “Detectives from the Metropolitan Police Department’s Homicide Branch are investigating a homicide that occurred on Wednesday, December 2, 2020, in the 5700 block of Southern Avenue, Southeast.

At approximately 9:35 pm, members of the Sixth District responded to the listed location for the report of a shooting. Upon arrival, members were advised that DC Fire and Emergency Medical Services had transported a juvenile victim, unconscious and unresponsive, to an area hospital. After all life-saving efforts failed, the victim was pronounced dead. Detectives’ investigation revealed that the victim sustained multiple gunshot wounds, while inside a vehicle, at the listed location.

The decedent has been identified as 1 year-old Carmelo Duncan, of Southeast, DC.