Get our email!
Search
Zoo 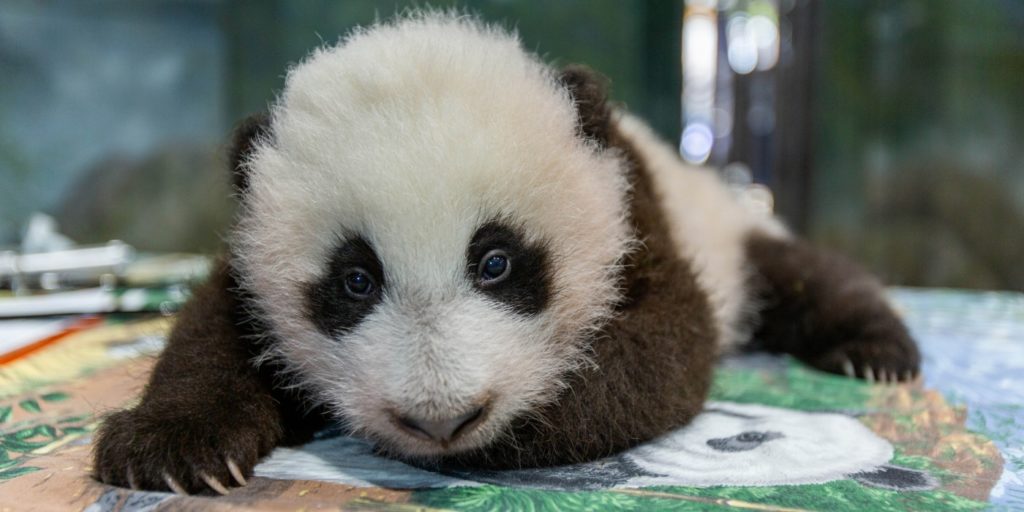 “…When he attempts to stand, he can get three legs underneath him momentarily, but has not yet been successful at balancing on all four feet at once. Practice makes perfect, though, and the cub will be walking very soon! 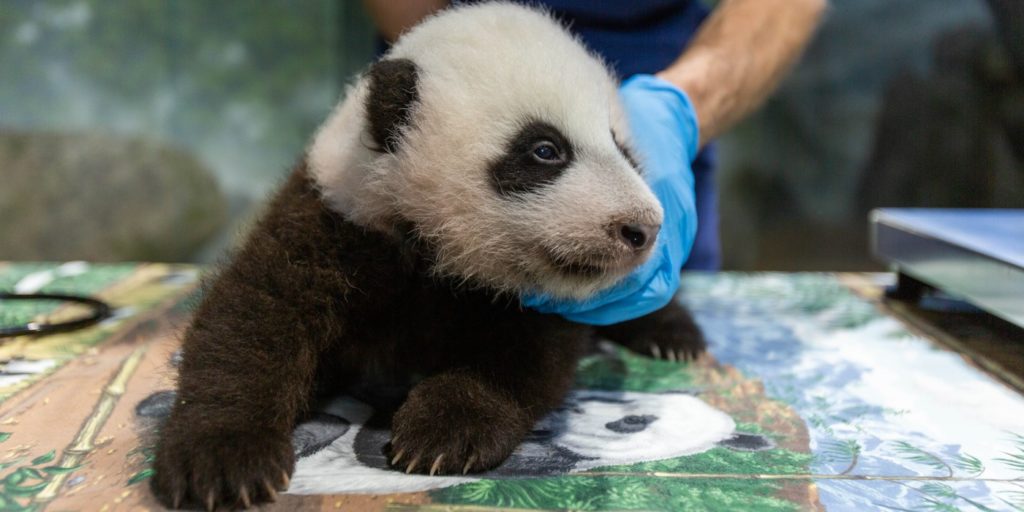 He weighed 9.2 pounds (4.21 kilograms). From the tip of his nose to the base of his tail, he measured 21.2 inches long (42 centimeters). His abdominal girth measured 18.8 inches. As he approaches turning three months old Nov. 21, his upper incisors are starting to erupt at the gumline. Cubs typically start nibbling on solid foods around 6 months of age, although Mei Xiang’s milk will be the staple of his diet until he is about 18 months old.”